Continued reports of sexual harassment, assault and bullying at work; steps towards change

Media has continued to highlight ongoing reports of sexual harassment and assault and bullying in workplaces, sporting organisations, universities ... 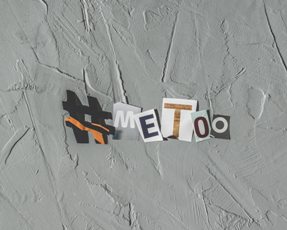 Media has continued to highlight ongoing reports of sexual harassment and assault and bullying in workplaces, sporting organisations, universities and other organisations around the country.

These are summarised below, followed by steps being taken towards change.

Statistics New Zealand released the results of the Survey of working life conducted in 2018, which asked employed people about their work arrangements, employment conditions, and satisfaction with their job and work-life balance. 14% of women and 9% of men said they had experienced discrimination, harassment, or bullying at work during the previous year. Results are available by ethnicity, age group, occupation group and more.

In February 2019, Stuff reported that hundreds of women, and some men, have come forward over the last year to share their stories through the #metoo investigation:

"We found evidence to suggest sexual harassment is endemic in a wide range of industries in New Zealand, in companies of every size. We identified recurring themes in these stories, shared experiences that happened over and over again."

As more women have come forward and media has continued to report people's stories, some organisations have also publically disclosed issues within their workplaces and communities including how they are responding.

The New Zealand Defence Force issued an apology to former naval officer Hayley Browne along with a confidential compensation payment. The apology was issued by Attorney General David Parker on behalf of the Defence Force for not providing a safe work environment after she said she was raped by a British naval employee while on deployment with the Defence Force, and was sexually harassed.

Radio NZ reported statistics from NZ Defence Force (NZDF) showing an increase in reporting of sexual violence since the launch of Operation RESPECT. The majority of reports were made by women. The statistics were included in an update on Operation RESPECT, released to Radio NZ under an Official Information Act request. Operation RESPECT was launched in 2016 to address harmful and inappropriate sexual behaviour in the NZDF. Two men also spoke out about sexual violence they experienced at Burnham Military Camp by other men in 1970s. NZDF is piloting bystander training in 2019.

A Police officer was arrested and charged with sexually assaulting another Police officer. The officer has been stood down and is expected to go to trial in early 2020. NZ Police also issued a statement they were conducting an employment investigation into behaviour of off-duty Police officers on the same night, but would not confirm if this was related to the sexual assault charge.

These events followed complaints of workplace bullying by now Deputy Commissioner of Police Wally Haumaha in 2016. An investigation by the Independent Police Conduct Authority (IPCA) concluded that Haumaha's behaviour had been "inappropriate and unprofessional" and that he had acted "improperly." The State Services Commission (SSC) reviewed how the Ministry of Justice and the Department of Corrections handled the bullying complaints, found they did not meet standards and made recommendations for change.

Media outlet Stuff reported a lack of response to a senior social worker's reports of bullying and sexual harassment at Oranga Tamariki - Ministry for Children. After the story ran, more staff came forward to share their stories of workplace bullying at the Ministry.

Stuff reported the State Services Commission has been working to establish a new set of standards to address workplace bullying in government agencies.

Several recent reports and surveys have examined bullying and harassment in the Parliamentary workplace and political parties including:

High Performance Sport New Zealand (HPSNZ) and Sport NZ set up an independent complaints service for people to raise concerns about bullying, harassment, inappropriate behaviour and athlete welfare in high performance sports. The service is an interim solution while a system wide permanent solution is developed for both high performance and community sport. More information is available about the service on the HPSNZ website.

A review of Cycling NZ found a culture of bullying, poor behaviour, lack of accountability and an inappropriate relationship. Following this, Stuff reported that High Performance Sport NZ has drawn up a coach-athlete relationship policy framework.

A review of NZ Football substantiated formal complaints of harassment and bullying by the Football Ferns coach, Andreas Heraf.

Sport NZ launched a review of integrity issues in sport in 2018. The review includes a number of areas including sexual harassment and protecting children from abuse. The review launched with a public consultation.

The University of Otago student magazine Critic Te Arohi reported stories of sexual harassment and rape at the residential hall Knox College between 2011 and 2017. The story highlighted that college leadership failed to take action despite the women's efforts to report the incidents. Since the story was published, more than 30 more people have come forward with similar reports. The Vice Chancellor of University of Otago called a hui for female Residential Assistants to talk about women's safety in residential colleges.

Media has previously highlighted that sexual assault and harassment is widespread among New Zealand university halls of residence.

Also in early 2019, former Massey University Associate Professor Grant Hannis was convicted of indecently assaulting an 82 year old woman with dementia. He was sentenced to eight months’ home detention, 100 hours of community work and $3000 in emotional-harm reparation. Advocacy group Grey Power called the sentence "shockingly inadequate." One of the reasons his sentence was reduced was "previous excellent character." Female students from Massey University reported they made complaints about intimidation, aggression and inappropriate jokes about sexual assault by Hannis, but the University did not take adequate action.

Also in 2018, the New Zealand University Students' Association (NZUSA) investigated allegations an employee sent multiple inappropriate photos to fellow employees working on a campus sexual violence prevention programme. The programme was funded through a contract with ACC, which was subsequently cancelled when the sexual harassment issues came to light.

A former TVNZ employee came forward about her experiences of sexual harassment and assault by a senior employee in 2010 and the lack of response after she reported the incident to human resources. TVNZ released a statement saying they were saddened to hear about the unacceptable behaviour, had a zero tolerance policy and asked others to come forward.

The NZ Law Society is working through changes to their regulatory process for lawyers accused of inappropriate behaviour. The Deans of New Zealand's law schools have developed and agreed to best practice standards for a safe and appropriate culture and environment for law students employed in law firms.

"International agreements are vitally important in ensuring that working people are protected in their own country but also that international law exists which provides further protection. The next step is getting our own Government to ratify this Convention and checking the adequacy of our own national laws and policies to ensure working people are able to work free from violence and harassment."

Earlier in the negotiating process, the UN Special Rapporteur on Violence Against Women released a Joint Statement with the Platform of women’s rights mechanisms on violence and harassment in the world of work, expressing concerns about the regressive positions expressed by some States.

In 2018, WorkSafe was criticised for not acting on sexual assault and harassment in the workplace and bullying.

Newsroom reported the Government will be reviewing the Health and Safety at Work Act 2015 and looking at how to improve the dispute resolution process.

Researcher Garth Baker has written a summary article and detailed report about what the #MeToo movement asks of men and how men can effectively respond for the White Ribbon Campaign.

UN Women published Towards an end to sexual harassment: The urgency and nature of change in the era of #MeToo (2018). This is designed to support policy makers, employers, and activists by sharing UN Women’s work in this area and offering new guidance on policy and practice on sexual harassment. UN Women has also produced a Guidance note on campus violence prevention and response (2018) for universities and university administrators.

Massey students call for action against sexual violence at the university, Stuff, 19.09.2019

Why a code of conduct may not be enough to change the boys' club culture in the Liberal Party, The Conversation, 06.08.2019

How big is the problem of sexual violence in New Zealand’s universities?, One News, 09.06.2019

NZ workplaces need to completely rethink their approach to sexual harassment, The Spinoff, 04.06.2019

The National Party's culture review fails to mention what prompted it, Newhubs, 28.05.2019

National Party may not have approached its women MPs in culture review - Simon Bridges, Radio NZ, 15.04.2019

Ex-student opens up about toxic culture at Otago uni hostel, says she was raped, Radio NZ, 09.04.2019

WorkSafe under fire for not prosecuting bullying and harassment cases, Stuff, 13.02.2019

WorkSafe fails to take a prosecution on a single bullying case, Radio NZ, 17.08.2018