The report from Dame Margaret Bazley's independent review of law firm Russell McVeagh has been published. The report, Independent Review of Russell ... 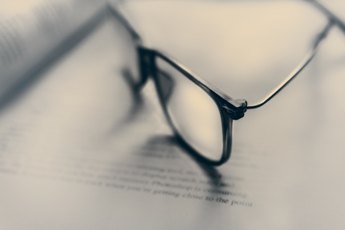 The report from Dame Margaret Bazley's independent review of law firm Russell McVeagh has been published.

The report, Independent Review of Russell McVeagh (2018), summarises findings from the review of the law firm's handling of sexual harassment and misconduct. Specifically, the review looked at reports of sexual harassment and misconduct of summer clerks that took place in 2015-16 as reported by media earlier this year. It also looked at the firm’s policies, culture, and any other incidents that came up during the review.

The review involved interviews with current and former staff and others such as the New Zealand Law Society, the Wellington Women Lawyers' Association and representatives from universities and law faculties. The review also examined the firm's policies, procedures, exit interviews and other files. Feedback was received from more than 250 people including 237 interviews.

Within each area of the report, Dame Bazley has included detailed findings. The report includes 48 recommendations covering: the incidents of 2015-16, bullying management practices, policies, board and partners, management, women and the voice of junior lawyers, culture and transformation, monitoring and auditing, and the Law Society and universities.

Russell McVeagh's Board and Partners have accepted the findings and said the firm would implement all of its recommendations. The firm published a public response and a FAQ further detailing their response to the report. A video recording of the entire media conference about the findings is available from Radio NZ.

Related outcomes from the review and report

The Law Society said the report highlights the need for urgent action in the profession, also noting their survey of lawyers that found high rates of harassment and bullying. Law Society President Kathryn Beck said:

“There is nothing to suggest that the issues that have been documented in this report have not occurred elsewhere – the structures, cultures and work practices are common across the profession. These structures and cultures have historically served to keep issues like these out of the public eye and from being properly dealt with."

The newly created independent Working Group established by the Law Society and chaired by Dame Silvia Cartwright is seeking ideas on how the complaints regulatory framework could be improved.

“The culture and conduct described by Dame Margaret Bazley is totally unacceptable and even though this is not a Government report I will be looking closely at all the recommendations. This report highlights the need for improvements in the legal profession.”

“As Justice Minister my specific interest is in the Law Society and whether it has the right powers and capability to respond to claims of wrongful conduct towards employees of law firms."

“These problems are not limited to Russell McVeagh, nor to the legal profession. This underscores the magnitude of sexual harassment in New Zealand workplaces, and I am hearing that many employers either don’t know how to respond or put their own business interests ahead of the welfare of people. This is something we need to address as a government and a country.”

After the allegations came to light, law schools announced they would break ties with Russell McVeagh, however following the report some institutions have said they may consider re-establishing a relationship.

Media has reported that WorkSafe has called a meeting with the larger legal firms, but is not specifically investigating Russell McVeagh.

Update: Women from the New Zealand Women's Law Journal — Te Aho Kawe Kaupapa Ture a ngā Wāhine, and the Auckland, Wellington and Otago Women Lawyers' Associations are inviting public feedback about addressing sexual harassment, bullying and gender equality in the legal profession. Public workshops are being held in August and feedback can be submitted online.

In an interview with media outlet Newsroom, victim advocate Louise Nicholas acknowledged the women who came forward to talk about their experiences and said they have brought the issues to the fore.

Some advocates have questioned the focus of the report on excessive alcohol and changing a 'work hard, play hard' culture rather than specifically focusing on sexual harassment and abuse. In a media interview, lawyer and victim advocate Catriona MacLennan said she was disappointed in the report. She wrote:

"Sexual harassment and sexual assault at Russell McVeagh and other law firms are not the result of a 'work hard, play hard' culture. It is easy and convenient to blame alcohol, but it is not the culprit. The root cause of this behaviour is sexism throughout the legal profession: women interns and lawyers are not valued as professionals."

Sexual Abuse Prevention Network General Manager Fiona McNamara wrote: "For a review that was initiated as a response to allegations of sexual harm, there are not a lot of recommendations that address sexual harm." She said:

"What is needed is specific recommendations for how to change those particular behaviours and attitudes that lead to sexual harm. To transform a culture rife with sexual harm, we need to address those underlying and related issues, but we also need to challenge the harmful behaviours themselves."

Journalist Michelle Duff, one of the reporters involved with the #metoonz campaign, provided an overview of the different reactions to the report, saying "The most illuminating finding of Bazley's report is one we need to hear repeated: workplace sexual misconduct is systemic."

Journalist Alison Mau, who launched the #metoonz campaign and is collating stories from victims said "The Bazley report is not an end point for anything. In fact, when it comes to shining a light on the grubby, and in some cases criminal, practices in places like Russell McVeagh, we have not even begun."

Lawyer and convenor of the Wellington Women Lawyers' Association Steph Dyhrberg said the report has brought to light a culture and behaviour that has been in the law profession for more than 20 years.

Media has reported that the Ministry of Business, Innovation and Employment (MBIE) has set up a centralised register to track sexual harassment in the workplace. MBIE already collects data on harassment and bullying, but not specifically on sexual harassment.

Media has reported that Fire and Emergency New Zealand has commissioned an independent review of their workplace policies on bullying and harassment. Retired Judge Coral Shaw will conduct the review.

Police have confirmed that a man has been charged with indecent assault, after four young people said they had been sexually assaulted at a Labour Party summer camp for young people. The Labour Party announced an independent review of their policies and procedures. The review is currently being conducted.

In May 2018, the Government released the report from an independent review of the Human Rights Commission procedures and organisational culture after an intern was sexually harassed/assaulted by a senior employee.

‘He thinks it’s funny to put his penis on junior female colleagues’: the culture of NZ’s legal profession, The Spinoff, 28.07.2018

Why the review into Russell McVeagh ended up a cop-out, Opinion: Catriona MacLennan, Stuff, 05.07.2018

Russell McVeagh: The scandal, the fallout, the eventual apology, The Dominion Post, 05.07.2018

Inquiry into sexual harassment at Russell McVeagh set to be released, NZ Herald, 05.07.2018

Where to for Russell McVeagh after Bazley report?, National Business Review, 05.07.2018