Attention continues to focus on the issue of sexual harassment in the workplace. Media outlet Stuff has recently release findings from an audit ... 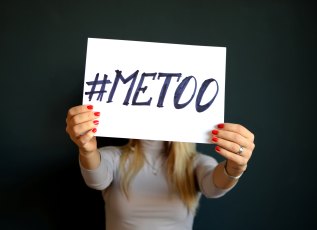 Attention continues to focus on the issue of sexual harassment in the workplace.

The Public Service Association has called for a national stocktake of workplace sexual harassment.

Organisations have continued to respond to reports of sexual harassment and assault, including various political parties. Radio NZ reported that Parliament Speaker Trevor Mallard has launched an external review of bullying and harassment of staff at Parliament, designed to work out what could be done to improve the parliamentary workplace. The review will be carried out by an independent external reviewer, Debbie Francis. It was prompted by similar review in Britain, the culture revealed in the investigation into law firm Russell McVeagh and the series of issues arising around Parliament. The findings will be published when the review concludes. Find more details about the review on the Parliamentary website.

In August, media reported recommendations from the independent review of Labour Party policies and procedures following reports of sexual harassment and assault at a summer camp. Wellington Lawyer Maria Austen conducted the review and provided a final report to the Labour Party. The party is not releasing the report as the police investigation was underway.

In March, the Labour Party confirmed that four teenage students reported being sexually harassed or assaulted by a 20 year old man at a Young Labour summer camp in February 2018. Labour Party General Secretary Andrew Kirton stated that after the event, the victims were offered support if they wanted to report the incidents to the police. Questions were raised in the media about whether Labour Party staff should have told the police or the victims' parents, regardless of the victims' views. Specialist sexual violence providers supported the decision not to inform police or parents but said it would have been better if Labour had engaged with expert support services as soon as possible. Following the media coverage, one of the victims contacted police. Following a police investigation, a man was charged with several counts of indecent assault. The case is continuing through the courts.

In October, National Party Leader Simon Bridges told media that the party will review its workplace practices. This followed four women's allegations of harassment, threatening and other inappropriate behaviour by National MP Jami-Lee Ross, reported by media outlet Newsroom. Newsroom reported additional comments from Simon Bridges regarding the review: Simon Bridges plans on asking Parliamentary Services to help make sure women working for the party feel safe and seeking independent advice for the wider party structure. Further details about the approach to independent advice have not been released and it is unlikely the outcomes would be made public.

In November, Radio NZ reported that Police were investigating after a teenage woman complained of inappropriate behaviour following a Young National event.

In July, the New Zealand Defence Force stood down staff and is investigating reports of sexual harassment and bullying at The Army Depot, a training unit based in Waiouru. Media reported that the investigation includes allegations of sexual assault.

Queen's Counsel Frances Joychild has called for radical change to the way the legal system responds to sexual violence. Frances Joychild headed an independent inquiry into the NZ Defence Force's handling of complaints about sexual abuse perpetrated by Sergeant Robert Roper in the 1970s and 80s. The Joychild Report was released to the NZ Herald under the Official Information Act in May 2018.

One of Roper's victims also sued Roper and the New Zealand Defence Force (NZDF) however after her claim was dismissed due to the statute of limitations expiring she was pursued for costs. In November, NZ Herald reported that after Prime Minister Jacinda Ardern told senior NZDF officials to drop the force's costs claim against her, an NZDF spokesperson said the Crown will no longer be seeking costs.

In 2018, NZDF's Sexual Ethics and Respectful Relationships (SERR) training won the Emerging Diversity and Inclusion category and the overall award at the 2018 Diversity Awards NZ. The training is part of Operation Respect, launched by NZDF in 2016 to combat inappropriate and harmful behaviour including sexual violence.

Fire and Emergency New Zealand has commissioned an independent review of workplace policies to address bullying and harassment. The review will be led by retired Judge Coral Shaw, who conducted the review into sexual harassment at the Human Rights Commission. Further information is available on the fire and emergency services website.

Sport New Zealand is currently reviewing sport integrity. They are inviting feedback from anyone involved in sport to make a submission. Feedback can be provided through an online survey or submitting a written submission. Sport NZ has published a discussion document. The document covers five areas, which include:

Submissions are being accepted until 11 December 2018.

Nurses spoke to Radio NZ about experiencing widespread sexual harassment at work at Canterbury District Health Board and said their complaints were not taken seriously by management.

The Law Society has published the final Report of the New Zealand Law Society Working Group: To enable better reporting, prevention, detection, and support in respect of sexual harassment, bullying, discrimination and other inappropriate workplace behaviour within the legal profession (2018). The Law Society Board Board has accepted the recommendations from the report on improving the regulatory process for lawyers when unacceptable workplace behaviour occurs. For more information about Law Society actions, see our previous story Organisations and sectors remain in spotlight on workplace harassment and assault.

WorkSafe has published a sexual harassment toolkit for workplaces. It includes:

UN Women has published a new resource titled Towards an end to sexual harassment: The urgency and nature of change in the era of #MeToo (2018). It's designed to support policy makers, employers, and activists by sharing UN Women’s work in this area and offering new guidance on policy and practice on sexual harassment.

Commentary from advocates and survivors

Advocate and educator Lizzie Marvelly wrote about the ongoing trauma and impact to victims as a result of media reporting of sexual harassment at the Labour summer camp, writing:

"Everyone who has something to say about this case needs to be very mindful that there are four teenagers at the heart of it who have no control over how their stories are being told. We all need to remember that our comments, reportage and conjecture, whether delivered in a professional or personal capacity, have the potential to harm. We have a responsibility to the victims as fellow human beings to be respectful of their wishes and to treat them with the utmost compassion – regardless of where we sit in the political landscape."

A survivor wrote an article about challenges and reasons that victims and survivors may not want to go to the police or may not want their parents told.

Conor Twyford, CEO of Wellington HELP, has said they are experiencing an unprecedented demand for their services and has said more funding and a culture shift are needed.

Advocate and lawyer Catriona MacLennan has highlighted an ongoing lack of adequate response to sexual harassment, saying it is still not regarding as a serious issue.

"One of the main things we find about disclosures of sexual harassment or violence is that people don't disclose until the environment seems to be safe to disclose. Because historically people have been shamed, derided, it's been minimised. So the current environment where people are being listened to, heard, and taken seriously, I think that's probably the main factor in the increase in disclosures."

Senior Lecturer at Auckland University of Technology, Dr Pani Farvid, has written a commentary about the background of the #MeToo movement saying:

"In the absence of adequate policies and legal changes, the media is being used not only to raise awareness, but to help create the impetus for the social and structural change that's urgently needed. A sexual revolution, of sorts. Now that's a movement I want to get behind, rather than try to stifle."

Alison Mau, the journalist who launched the #MeToo media movement in Aotearoa New Zealand, has written about how a recent High Court decision is landmark decision for victims of sexual harassment at work related to Colin Craig's sexual harassment of his former employee Rachel MacGregor.

Researcher Garth Baker has written a summary article and detailed report about what the #MeToo movement asks of men and how men can effectively respond for the White Ribbon Campaign.

Calls for action have included a #togetherinblack campaign launched by Auckland HELP and other specialist sexual violence services. This included a call to government to address priority issues.

For more news and initiatives on actions to address sexual harassment and assault, see our previous stories:

Navy rape survivor hails Defence Force promise to talk first with victims, rather than fighting them through the courts, Stuff, 04.12.2018

Overdue review into harassment and bullying in Parliament, Newsroom, 27.11.2018

Alison Mau: When the Defence Force darling of the diversity speakers circuit suddenly has nothing to say, Stuff, 20.11.2018

Public service employers need to do more to stop sexual harm by staff. Here’s how, The Spinoff, 12.11.2018

Calls in NZ for non-disclosure agreements to be banned in sexual assault cases, One News, 25.10.2018

17 questions the inquiry into National Party culture can start by asking, The Spinoff, 23.10.2018

'Nothing was done' - Canterbury DHB accused of ignoring nurses' reports of sexual harassment, One News, 23.08.2018

A young law graduate was the target of one of NZ's most sweeping gagging orders, Stuff, 05.08.2018

Four police recruits from college in Porirua stood down over allegations, Stuff, 27.07.2018

Police recruits stood down after allegations of misconduct, NZ Herald, 27.07.2018

No heads to roll at Labour over youth camp allegations while review carried out video, Stuff, 14.03.2018