The National Collective of Independent Women’s Refuges has published a report exploring women's experiences of abuse, violence and suicidality. The ... 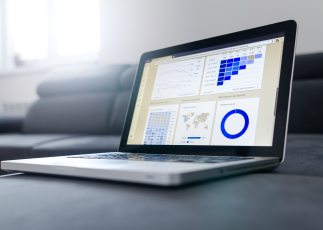 The National Collective of Independent Women’s Refuges has published a report exploring women's experiences of abuse, violence and suicidality.

The report, “There was no other way out”: Exploring the relationship between women’s experiences of intimate partner violence and their self-harm, suicidal thoughts, and suicide events, summarises findings from an online survey completed by more than 1200 people.

All respondents had experienced IPV and had considered or attempted suicide. Respondents were predominately Pākehā, but almost 20% identified as Māori and approximately 6% as other ethnicities. The majority had children, and were aged 16-65. Nearly 25% identified with sexual orientations other than heterosexual. Most were women, but some identified as non-binary.

More than 90% of respondents reported they had experienced at least one form of abuse by someone other than an intimate partner prior to entering a relationship where they experienced IPV. (Categories were: witnessing family violence, child sexual abuse, child physical abuse, child  psychological abuse, neglect, rape or sexual assault as an adult, psychological abuse as an adult, physical assault as an adult, bullying, sexual harassment, and homophobia/biphobia/transphobia.) Most respondents had experienced multiple forms of abuse in childhood, and outlined the ways in which these experiences collided, in addition to detailing aggravating factors accompanying this abuse. The report summarises:

"Many outlined the contexts driving them to consider or attempt suicide, including feeling worthless, certain acts of (escalated) violence, the impacts of prior abuse, overwhelming emotion, unrelenting emotion, the hopelessness of their  situations, relationship breakdowns, additional stressors, and unresponsive systems."

The dynamics of the IPV often prevented seeking help for suicidality. As well as reduced self-esteem as a result of abuse discouraging help-seeking,

"... many faced additional barriers such as abusers becoming angry when respondents attempted to speak about their feelings, being suspicious about who they spoke to, preventing them from seeing support people, and encouraging them to end their lives. Respondents often spoke about how the vulnerability they experienced was capitalised on by their abusive partners to perpetuate further abuse."

Respondents reported that they disclosed considering suicide to a range of informal sources and professional groups. Overall:

"Experiences of disclosure were pervaded by a sense of shame, by feelings of being unheard, and by the perception that recipients of disclosures were not genuinely interested. On the other hand, having people listen, take accounts seriously, offer belief, and provide practical and emotional support was invaluable to respondents."

Respondents' found the responses they received highly variable. The researchers note that variance of perceived helpfulness or harmfulness even within specific groups of practitioners or informal support sources suggests that responsiveness is heavily dependent on the individual responder rather than being easily generalisable by group. However they note that no single group received a consistently high rating for helpfulness. Child protection workers and family members were rated as the least helpful overall and sexual violence agency workers, counsellors and domestic violence agency workers rated as the most helpful (although showing significant room for improvement).

The conclusion of the report includes 10 main findings:

The researchers provided eight recommendations focused on improving service responses. These are:

Dr Ang Jury, CEO of Women's Refuge, discusses ways to improve responses to IPV victims and suicidality in article by media outlet Stuff. She said women were reaching out for help then being faced with the potential losing their children as a result and that barrier needed to be addressed. She planned to send the report to Oranga Tamariki. Ang Jury also said:

"There's a stark need for much closer linkages between the family and sexual violence agencies and mental health services. Traditionally we have worked on a referral basis but there's not been enough co-ordination on this. We have been working in silos too much."

She discussed the importance of more in depth training:

"GPs, lawyers, police – they all get some training but it's time compressed. It's a matter of people knowing how to respond. They need to know what's going to hurt and what's likely to help.”

She also noted that because victims are often traumatised and struggling to articulate what they are experiencing and feeling, they may not come across to agencies as well as the person abusing them. It was important to understand this and not judge the women or dismiss what they said.

The Government is currently conducting an Inquiry into Mental Health and Addiction - Oranga Tāngata Oranga Whānau. The Inquiry Panel is now preparing for delivery of their report to Government in late October.

The Clearinghouse published a reading list on the links between abuse/violence, trauma, mental health issues and addictions.

He drove me mad (DVD)
(Hager and Mental Health Foundation, 2011)

He drove me mad: an investigation into the relationship between domestic violence and mental illness
(Hager, 2001)

A number of our previous stories have highlighted research and coroner's reports linking family violence with suicide: