Coroner Carla na Nagara has released findings from a joint inquest into the suicides of four 15 year old girls between July 2013 and August ... 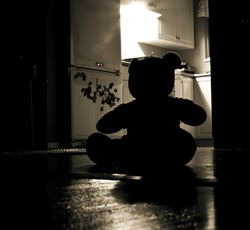 Coroner Carla na Nagara has released findings from a joint inquest into the suicides of four 15 year old girls between July 2013 and August 2014 in the Hawke's Bay suburb of Flaxmere.

Coroner Nagara said a striking feature of the cases was that all had been exposed to domestic violence. She said the girls had been experiencing a number of significant stressors, including parental separation, difficult relationships with step-parents, difficult or non-existent relationships with a biological parent, lack of parental control, high levels of responsibility for younger siblings, domestic violence and abuse, alcohol and drug use and online bullying.

In the report, the Coroner said that "... it is acknowledged that the Police and CYF generally appear to have worked consistently within their legislative mandate, and, in respect of CYF, with programs and processes or templates that were operative and available at the relevant times." She also said it would be too simple to suggest that any one factor resulted in the deaths. However, Coroner Nagara said "... the legislative mandate of CYF and Police lacks the responsiveness or flexibility to effectively support children and young people living in circumstances similar to those being considered here."

The Coroner expressed concern that the focus within the current system remains on children's physical safety and not on the psychological and emotional well-being of children exposed to violence. Specific to suicide, responses to suicide risk are only triggered when a child makes express statements of feeling suicidal. While concerns regarding the girls' well-being were known to a number of agencies and individuals, the focus on discrete events meant these were not acted on.

In discussing possible recommendations in the report, the Coroner said "What seems to me to be vital to the success of any such initiative is ensuring that all agencies in a position to see that young people exposed to numerous risk factors are struggling ... are able to alert other agencies to any concerns so that action can be initiated and coordinated."

The Coroner's recommendations include:

It has been suggested that the Hawke's Bay Regional Children's Team, which is to be implemented under the Children's Action Plan, may address the recommendation for a coordinator.

A team is to be set up to discuss the coroner's recommendations, involving the District Health Board's population health service, mental health service, the Hawke's Bay community and other key agencies.

The findings apply to all communities; as the Coroner pointed out "it would be wrong to consider the findings irrelevant to other communities with similar levels of social deprivation and disadvantage."

"Coronial reports and other narratives contained within the CYMRC [Child and Youth Mortality Review Committee] database suggest family violence was prevalent in the lives of some of the rangatahi. Forty-two (n=42/194, 21.6%) of the rangatahi had either been exposed to family violence as tamariki, most commonly as a witness to domestic violence in their whānau, or had been in a violent relationship later in their short lives (Table 4.10). Thirty-one (n=31/42, 73.8%) of these 42 rangatahi were male, accounting for almost a quarter (n=31/125, 24.8%) of all rangatahi males. Because family violence can often go unreported, these numbers are most likely an undercount."

"Coronial reports and other narrative contained within the CYMRC database identified that 27 (n=27/194, 13.9%) of the rangatahi Māori subgroup had disclosed sexual abuse at some point in their lives68 (Table 4.11). The disclosure rate was two to three times greater among females than among males in the rangatahi Māori subgroup. These numbers are likely to be an undercount."

The time-limited Suicide Mortality Review Committee (SuMRC) was established in May 2014 under the auspices of the Health Quality & Safety Commission, in order to "trial a suicide mortality review mechanism to improve knowledge of contributing factors and patterns of suicidal behaviour in New Zealand, and to better identify key intervention points for suicide prevention." The SuMRC recommended the Government "funds the SuMRC on a long-term basis in order for the SuMRC to have an impact in reducing suicide."

Jan Logie MP has blogged about the need to address intimate partner violence as part of the Child, Youth and Family review and in family law, by integrating "an evidenced based approach to domestic violence into the heart of our child protection services."

The need for work on "vulnerable children" to include addressing children's exposure to intimate partner violence and other forms of family violence has been discussed in Parliament.

The CDC (US) recently released a technical package to support agencies and communities to understand and address adverse childhood experiences, including exposure and experience of violence, abuse and neglect.

Suicide and exposure to violence

The following studies provide a broad overview of issues:

Inquest into suicides of four Flaxmere girls finds all were exposed to family violence, Stuff, 11.05.2016

Domestic violence a contributor in all four Flaxmere suicide cases, The Dominion Post, 11.05.2016