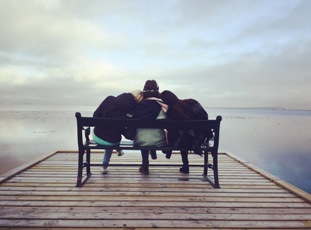 The national training programme is designed specifically for Aotearoa New Zealand communities. LifeKeepers provides free training to help people in the community recognise and support those at risk of suicide to get help.

The programme is open for New Zealanders who are 18 years and over and are likely to interact with people at risk of suicide. It is designed for people who work in communities or in frontline community roles such as: support workers, sports coaches, emergency service personnel, church leaders, school counsellors, youth workers, Māori wardens, caregivers, Kaumatua and community leaders.

“Leading a team with lived experience of the long-lasting effects suicide has on families and communities, gives me a deep sense of anticipation for LifeKeepers."

“The calls for an accessible new approach to suicide prevention through a training programme like LifeKeepers have been loud and clear from all corners of New Zealand.

“We know that suicide is preventable and we also know that it will take strong, connected communities of care to tackle our concerning suicide rate and save lives, and this is where LifeKeepers fits in.

“But we also know that one organisation or programme can’t prevent suicide on its own - we can make an important contribution, and we’re going to need the support of other organisations, communities and individuals.

Health Minister Jonathan Coleman's media release states "The programme will be delivered throughout New Zealand by the national health provider Le Va free of charge and will focus on vulnerable communities. The training has been prepared for a New Zealand context and uses cultural health models and concepts."

Find out more about the programme or register for the training at www.lifekeepers.nz. The programme is funded by the Ministry of Health.

In May this year, the Government invited consultation on a draft suicide prevention strategy. The plan was criticised as a "meaningless statement" and did not specify a target for reducing suicide. Minister Coleman recently said,

"All submissions received during the consultation on the draft strategy are being collated and considered. The submissions will be incorporated into the final advice provided to the Government later this year and will help inform the wider mental health work currently underway.”

The Government recently announced that funding will be extended for the Suicide Mortality Review Committee (SuMRC) and details of a mental health "social investment" package.

In August 2017, Chief Coroner Deborah Marshall released figures showing the number of people who died by suicide in New Zealand had reached the highest annual figure on record. 606 people took their own lives in the year to the end of June.

For information and support, a range of helplines are listed on our helpline page and the Mental Health Foundation website.