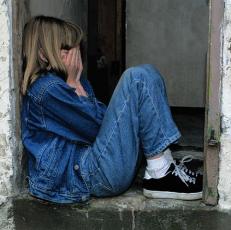 The funding will go to 17 initiatives.

One of these is "Culturally responsive trauma-focused CBT for children following experiences of family and/or sexual violence."

The further detail provided by the Government states:

"Trauma-focused Cognitive-Behavioural Therapy (TF-CBT) is a conjoint parent-child treatment that uses cognitive-behavioural principles and exposure techniques to prevent post-traumatic stress disorder, depression and behavioural problems as a result of the trauma. The initiative is to pilot a culturally responsive TF-CBT service for children aged 5-12 years that have experienced or been exposed to family and/or sexual violence in the New Zealand context. The pilot is estimated to reach up to 270 children over two years across three locations."

Other initiatives include pilot projects on e-therapy, support and follow-up for people who attempt suicide, and the provision of frontline mental health services in selected schools.

Ms Adams said “We want to help individuals and their families through the challenges they are facing so they can lead healthier and more independent lives and we will need to bring together a range of services and targeted new approaches to do so. With this in mind, we have brought together Ministers, their agencies and experts to deliver a truly cross-Government approach to mental health and to allocate the fund.”

This fund is part of the $224 million for mental health services over four years announced in Budget 2017.

The Government has been criticised for inadequate funding and action on mental health including suicide prevention.

Calls for suicide prevention 'by and for the people' mount as shoes march to Parliament, Stuff, 01.09.2017