Health Minister Jonathan Coleman announced that the draft suicide prevention strategy is available for consultation. In addition to accepting ... 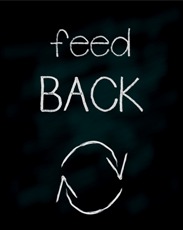 In addition to accepting written submissions, the Ministry of Health is holding public consultation meetings around the country. Meetings focused on specific population groups are also being organised.

Information about the public meetings and how to submit feedback is available on the Ministry of Health website. For previous strategies, information from the development consultations and research about suicide in New Zealand see the Information release for the draft suicide prevention strategy.

The Strategy and family violence

This document updates the previous New Zealand Suicide Prevention Strategy 2006–2016. The Ministry of Health held 23 workshops around the country with families, providers, clinicians, academics, and other government agencies to help develop the draft strategy.

Minister Coleman said “It also builds on the previous strategy with a proposed stronger focus on opportunities across Government to better manage integrated responses and share information.”

The strategy includes exposure to violence, trauma or abuse as a risk factor for suicide and notes that the rate of suicide is higher for people who are or have been in care of Child, Youth and Family, the Department of Corrections or Police. The Appendix lists policies and activities related to preventing suicidal behaviour. Under the reference to the Ministerial Group on Family Violence and Sexual Violence Work Programme, the Strategy notes:

Links between family violence and suicide

Research in other countries has shown that family violence is linked to suicide. Michael MacIsaac's research in Victoria, Australia found between 2009 and 2012 almost half of all women and a third of all men who died by suicide had been exposed to violence; more than 60% of the men had been the perpetrator of family violence.

In New Zealand, the Ngā Rāhui Hau Kura: Suicide Mortality Review Committee Feasibility Study 2014–15 and the 2016 Coroner's report of the inquest into the suicides of four 15 year old Flaxmere girls noted the relationship between exposure to family violence and youth suicide.

The Youth'07 violence report found that young people who had experienced or witnessed family violence were about twice as likely to have significant depressive symptoms, and about three times as likely to have attempted suicide (page 7).

However, data is not sufficiently recorded to identify how many youth or adult suicides are linked to family violence in New Zealand. The trial Suicide Mortality Review Committee (SuMRC) recommended that an ongoing SuMRC be established to "... exhaustively analyse existing data, in conjunction with other agencies, in ways that are not currently possible." The SuMRC recommended collaborating with other death reviews including the Family Violence Death Review Committee to identify priority populations and strategies for intervention.

For more information on family violence and suicide

The Health Research Council of New Zealand (HRC) has joined the Global Alliance for Chronic Diseases with the support of the Ministry of Business, Innovation & Employment. HRC has announced the first initiative to partner with the Ministry of Health to provide up to $2 million focused on researching strategies to improve Māori and Pacific youth mental health.

The CDC has published a new resource: Preventing Suicide: A Technical Package of Policy, Programs, and Practices.

'Actually implement things that are going to help' - Mike King steps down from suicide prevention panel over 'deeply flawed' government plan, One News, 15.05.2017

Suicide prevention strategy 'the responsibility of all of us', Stuff, 15.05.2017