The Coroner's report from an inquiry into the suicide of a 15 year old girl in 2013 has been released. The inquiry examined the stressors leading ... 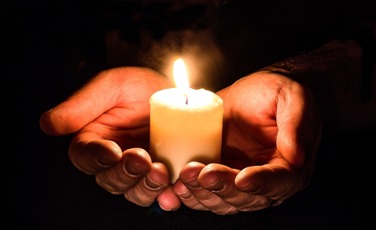 The Coroner's report from an inquiry into the suicide of a 15 year old girl in 2013 has been released.

The inquiry examined the stressors leading to Alatauai Sasa's death and the involvement of support agencies.

Coroner Peter Ryan concluded that "The evidence strongly suggests that Alatauai ended her life as a result of the enormous stressors she faced in her daily living." The Coroner identified these as a long history of exposure to domestic violence, and cyber-bullying in the year prior to her death, including incitement to suicide. He noted that Alatauai was affected by the stress of being involved as a witness in a court case about an incident of violence in her home, including worrying that her father would go to jail.

The Coroner found that Alatauai had disclosed to her school guidance counsellor that she was having suicidal thoughts and felt unsafe due to tension at home because of the violence and pressure from her family that she had involved police.

School staff, mental health services and Child, Youth and Family (CYF) (now the Ministry for Vulnerable Children, Oranga Tamariki (MVCOT)) were aware of the issues and working with Alatauai and her family.

Coroner Ryan found that "CYFS involvement with Alatauai was limited and best practice was not followed." He noted that CYF did not have appear to have communicated with Alatauai around processes and possible outcomes in relation to the charges laid by Police against her father and her role as witness. He also noted that CYF did not implement a suicide prevention programme when it became known Alatauai was at risk of self-harm.

According to the report, a supervisor stated that CYF had since provided training for Wellington social work staff related to suicide, identifying risks in young people and the use of the screening tools available. The New Zealand Herald also reported that MVCOT spokesperson Grant Bennett said the Ministry would consider the Coroner's comments and that a recent training session for social workers across MVCOT sites addressed having conversations about suicide.

The report does not mention specialist family violence support being provided to Alatauai, her siblings or her mother.

The Coroner said the support provided by the school guidance counsellor was "extraordinary" and he noted that the college worked to reduce the stress and workload on Alatauai. He also said that the college "had an appropriate attitude and policy in place, and ran specific programmes, to address bullying". However, in agreement with the school counsellor and teacher he said "... that greater assistance is required within high schools to cope with the number of students requiring intensive support due to factors affecting their mental health well-being."

As a result, the Coroner recommended:

"That the Ministry of Education and the Ministry of Health arrange for nurses trained in mental health care and social workers to be placed within, or associated with, all high schools to enhance the identification of, and Support for, high school students who are experiencing issues affecting their mental and emotional well-being."

Earlier in 2017 the Government announced the details of a mental health package outlining 17 new initiatives. Several initiatives focus on schools including a "Pilot frontline mental health provision in schools."

"We are working with the Ministry of Health to explore the type of mental health specialists required and the locations of greatest need are also being considered. This may include clinical psychologists, doctors or nurses who would be contracted specifically to work with the Communities of Learning / Kāhui Ako with a special focus on youth mental health. The programme will focus on the early identification of potential mental health issues, and provide onsite access to mental health care so students can get the support they need. We aim to get the pilot under way by the middle of next year and our evaluation of the outcomes will inform what a model might look like for wider provision of these services."

Further information on suicide and exposure to family violence

Coroner Carla na Nagara's inquest (2016) into the suicides of four 15 year old girls concluded that all of the young women had been exposed to domestic violence. She raised concerns that the focus within the current response system remains on children's physical safety and not on the psychological and emotional well-being of children exposed to violence.

A report by the Suicide Mortality Review Committee (May 2016), Ngā Rāhui Hau Kura: Suicide Mortality Review Committee Feasibility Study 2014–15, found that 21.6% of rangatahi who had died by suicide between 2007-11 were known to have either been exposed to family violence as tamariki or had been in a violent relationship later. They note this is likely to be an undercount.

The Family Violence Death Review Committee (FVDRC) published a position brief on the need to address intimate partner violence (IPV) and child abuse and neglect (CAN) together.

Netsafe has published a guide to help schools respond to online digital incidents, such as bullying, harassment, threats or other harmful behaviour.

For information and support, a range of services are listed on our helpline page and the Mental Health Foundation website.

No change to law protecting children despite coroner's urging to close 'loophole', Herald, 11.12.2018

Cyber bullying: the vile messages that came to light after teen took her own life, NZ Herald, 04.10.2017

'Kill yourself' comments made to teen Alatauai Sasa could be criminal, says Netsafe, NZ Herald, 04.10.2017