Coroner Wallace Bain has released a report summarising the findings of the inquiry into the death of Moko Rangitoheriri. Three year old Moko ... 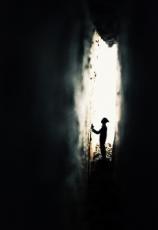 Coroner Wallace Bain has released a report summarising the findings of the inquiry into the death of Moko Rangitoheriri. Three year old Moko died as a result of abuse by caregivers in 2015.

Caregivers Tania Shailer and David Haerewa plead guilty to manslaughter and in 2016 were each sentenced to 17 years imprisonment, with a minimum non-parole period of nine years.

A large number of individuals and organisations were aware of concerns for the children, and various whānau members contacted Child Youth and Family (CYF, now Oranga Tamariki, the Ministry for Children) prior to Moko's death. The Coroner's inquiry involved examining the evidence, hearing from whānau members and consulting with experts.

Moko's mother, Nicola Dally-Paki, had placed Moko and his sister in the care of Tania Shailer and David Haerewawhile she was in Starship Hospital with another of her children.

Organisations involved and/or aware of concerns included Starship Hospital, CYF, several non-government organisations, a Family Start programme, teacher, GP, counsellor and lawyer for the children. In addition, a report of concern was filed with CYF on 30 July 2015 which required that Moko and his sister be visited within seven days. The children were never visited. Two workers from a Family Start programme did visit the home 10 days before Moko's death, but did not see Moko because they were told he was in time out. Moko died on 10 August 2015.

Moko's grandmother, Nicola Rangitoheriri, called CYF's 0800 number and the lawyer assigned to the children to raise concern, however neither took action on her concerns.

Moko's mother, Nicola Dally-Paki, was trying to escape a violent relationship with Moko's father. She left Moko and his sister in the care of Tania Shailer and David Haerewawhile she was in Starship Hospital taking care of her other son.

David Haerewa also had a criminal history of family violence and had recently been released from jail.

The NZ Herald reported that she said:

"I accept that I as a victim of domestic violence made mistakes, my children and I live with those mistakes every day.

"I believe the policies and procedures assisted in bad decision making that led to my son's death ... I will also continue to advocate for families of domestic violence and encourage them to get help free of judgment or criticism.

"Perhaps if I had been judged less harshly, Moko would be in my arms today."

The Coroner identified a large number of missed opportunities to intervene for multiple organisations despite concerns raised by organisations, professionals supporting the children and family, and the whānau and caregivers themselves. In his conclusions, Coroner Bain said "The major concern appears to be that at no point was Moko visited by any organisation." (page 12)

In considering recommendations, Coroner Bain reviewed recommendations from his inquiry into the death of Nia Glassie, a 3-year old who died as a result of abuse by a caregiver in 2007. The Coroner highlighted that his previous recommendation to implement a system for compulsory registering and monitoring of all children under five (including scheduled and unscheduled visits) had not been implemented.

The Coroner's primary recommendation in the current inquiry was to action this original recommendation. The Coroner suggested that had such a system been in place, it is possible someone would have visited Moko, recognised the abuse and intervened.

Responses to the recommendations

"And you ask would having a national register have made a difference in this case. You know, probably not because unless there is skilled intervention from child-focussed competent practitioners, even given regular monitoring, unless those skills are there it could have been missed, as it was missed here. And it's easy with the wisdom of hindsight, I know, to say there were warning signals but there is a unmistakably clear it seems to our office, that skilled and competent frontline social workers trained in a child-focussed approach, at least some of them would not have missed those - what have been called red flags." (page 33)

A number of Ministers have also said they disagree with the recommendation for a register including the Minister for Children, Tracey Martin, Minister for Whānau Ora, Peeni Henare, and the Green Party's Spokesperson for Māori Affairs, Marama Davidson. Ms Davidson said "This register could further stigmatise and hurt Māori families" reported Māori Television.

University of Auckland Associate Professor Liz Beddoe discussed a similar scheme in the UK that failed, saying "... creating a huge amount of data can ironically make the most at-risk children more invisible." See the media below for further discussion and commentary about the recommendation.

The Coroner's other recommendations support the advice of the Children's Commissioner and Merepeka Raukawa-Tait who gave expert evidence, as outlined below.

Recommendations from experts during the inquiry

A number of experts provided consultation and advice to the Coroner. Their comments highlighted some improvements that have been made since the Nia Glassie inquiry. However, they also flagged a need for ongoing change within Oranga Tamariki and staff upskilling.

Merepeka Raukawa-Tait highlighted the need for cultural change within Oranga Tamariki and efforts focused on prevention and early intervention. The Coroner's report notes nine recommendations on the following topics from Ms Raukawa-Tait:

"That the Government and the Ministry for Vulnerable Children Oranga Tamariki consider very closely the evidence of Merepeka Raukawa-Tait, and in particular, her highlighting the necessity for a significant culture change, the pressure points that are arising and causing abuse, the poverty factors and the need, particularly with Maori families, for a family wide approach and the necessity for family support to be available." (page 41)

Children's Commissioner Judge Andrew Becroft recommended a core competency framework for dealing with children allegedly abused and neglected or in risky circumstances be rolled out nationally. He said this was expected in the Vulnerable Children Act, but has not yet been implemented. He highlighted issues with training, stating:

"... there were sufficient eyes and ears into Moko’s circumstances and care at various stages, yet the eyes did not properly see and the ears did not properly hear nor did they trigger proper investigation about his real condition and risks." (page 30)

"Children do not have a voice themselves to identify or expose their abuse. All those working with children need appropriate training and professional development to recognise risks, potential warning signs and the need for a skilled interaction with adult caregivers." (page 31)

He also said that government must provide expert child-focused training on the core competency framework. To learn more, listen to an interview with the Commissioner on Newshub.

See some of our recent stories for background information and updates on progress to redevelop the care and protection system:

Government to remove "vulnerable" from Ministry for Children, Oranga Tamariki

The Government has announced details about the 'Families package' and plans to address child poverty. See the Ministry of Social Development website for more information.

Moko's CYFs manager admits 'there were loads of things we could have done better', Stuff, 07.01.2018

Missed opportunities that could have saved Moko Rangitoheriri, Stuff, 13.12.2017