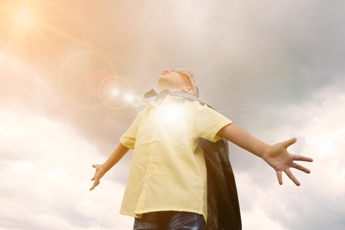 The Children's Convention sets international standards for children's rights. The new report, Getting It Right: The Children’s Convention in Aotearoa (2017), makes three recommendations:

"1. Build upon and expand the rollout of a child-centred, rights-based approach to policy and legislative reform while addressing the recommendations identified by the UN Committee. Identify where children’s rights are not being met, what needs to be done, who will do the work, timeframes for implementation and how the work will be monitored.

2. Identify and resource a permanent coordinating mechanism so that lead government agencies have the responsibility and authority to implement the Children’s Convention.

3. Ensure children and young people’s views are taken into consideration in the development of legislation and policies in line with the Children’s Convention."

The Office of the Children’s Commissioner convenes and chairs the UNCROC Monitoring Group. Other permanent members are the Human Rights Commission, Action for Children and Youth Aotearoa (ACYA), UNICEF New Zealand and Save the Children.

Commenting on the new report, Children's Commissioner Judge Andrew Becroft said that there is a lack of understanding and application of the Children's Convention:

"Worryingly, in my experience in this role, I believe we have little understanding of the Convention in New Zealand, and do not take it seriously. Frankly, many government departments are unaware of its provisions, and still less of how the provisions might relate to those departments’ work programmes and their day-to-day business."

The UNCROC Monitoring Group has also committed to publishing annual reports on the Government's compliance with the Children's Convention from April 2018.

For more information see the media release from the Office of the Children's Commissioner.

Action for Children and Youth Aotearoa (ACYA) supported the recommendations of the report saying: "... the first report from the UN Convention on the Rights of the Child Monitoring Group (UMG) marks a new era towards realising children’s rights in Aotearoa New Zealand."

The Children’s Convention Monitoring Group has published the report Getting It Right: Building Blocks (2018). The report looks at progress on and opportunities to improve children's rights in Aotearoa New Zealand.

Under the Children's Convention, the New Zealand Government is required to submit reports to the United Nations Committee on the Rights of the Child every five years. The Committee also seeks information from non-government entities.

New Zealand's most recent report was submitted in 2016. The UN Committee then published its concluding observations. The Committee identified several areas where New Zealand needed to take urgent action: violence, abuse and neglect; children deprived of a family environment; standard of living; children belonging to minority or indigenous groups; child labour; and juvenile justice. See our previous story for responses from the previous Government and other organisations.

The latest newsletter from Chief Executive for the Ministry for Vulnerable Children, Oranga Tamariki Gráinne Moss sets out progress of the Ministry in the first six months of operations. The Ministry has also provided updates on support for caregivers, a new advice phone line for caregivers and extending contracts for some service providers.

The Ministry for Vulnerable Children, Oranga Tamariki (MVCOT) has published a new report about harm experienced by children in care. The report found higher rates of harm than previously, using a different way of defining harm.

'Ask us for that help' - Ministry for Vulnerable Children moves to regain public trust and confidence, One News, 15.11.2017