The Ministry for Vulnerable Children, Oranga Tamariki (MVCOT) has published a new report about children being harmed while in state care. The ... 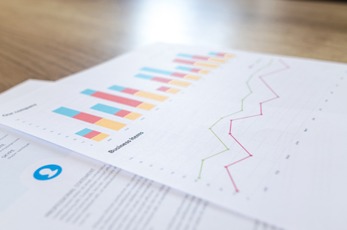 The Ministry for Vulnerable Children, Oranga Tamariki (MVCOT) has published a new report about children being harmed while in state care.

The report Understanding harm experienced by children and young people in care during 2015/16 found higher rates of harm than previously reported, using a broader definition of harm. The study looked at 698 case files of children and young people in the care of Child, Youth and Family (CYF) during 2015-16. Of those, 85 children (12%) had experienced at least one incident of harm.

Researchers examined children's case notes to identify harm based on CYF practice guidelines relating to definitions of physical, sexual and emotional abuse as well as neglect. The previous methods relied on "... using a measure of 'substantiated maltreatment'. This measure [only] captures instances where allegations of harm are made, a formal investigation is undertaken, and maltreatment is found to have occurred."

The research considered a wide range of formal and informal custody arrangements, as well as different placement types. Incidents of harm were included whether they occurred within or outside the placement. Harm perpetrated by a range of people (e.g. parents, caregivers, or other children) was included. The research only examined the single most significant incident of harm experienced by a child. The research was carried out by the Oranga Tamariki Evidence Centre.

Note that the report states:

"The sampling approach used within this research allows for the overall extent of harm identified to be generalised to the full population of children/young people in care during 2015/16. All other findings are descriptive only; they relate to those children/young people identified as experiencing an incident of harm and cannot be extrapolated to the full care population. This includes findings relating to demographics, the overall nature of harm, and placement specific findings. To enable these findings to be generalised would have required a different sampling approach and a significantly larger sample size, which was out-of-scope of the current research project."

The research also found that of the 85 children who experienced an incident of harm while in care: more Māori children experienced harm than non-Māori; most children were aged 5 or older when they experienced the harm; harm was committed by different groups of people and harm occurred in different types of placements. However, these findings only relate to the 85 children where harm was identified as occurring, i.e. the harm was disclosed by the child or young person and was recorded in their case notes. See the FAQ for more information on understanding the findings.

MVCOT plans to establish an expert group to discuss the findings and implications of the research, and to propose future measurement and reporting approaches.

Ms Moss also said the Ministry's ongoing changes are working to address these concerns: "Changes are already being implemented. Our new Practice Framework ensures that social workers are not only flagging incidences of harm in case notes, but also lodging formal notifications." See the latest newsletter from the Chief Executive for the Ministry for Vulnerable Children, Oranga Tamariki Gráinne Moss for more information. The Ministry has also provided updates on support for caregivers including a new advice phone line for caregivers.

Stuff reported that Children's Commissioner Judge Andrew Becroft said the research confirms the need for an inquiry into abuse in state care: "The numbers of those experiencing harm certainly reinforce the need for an inquiry into historic abuse of those in state care, as has been foreshadowed by the Government. It is of course utterly unacceptable that those taken into state care because of abuse and neglect in their own families experience further harm in the system that is supposed to protect them."

However, Judge Becroft also noted the limitations of the research saying "it is likely the research doesn't address the full extent of harm" as it didn't include speaking to children or their families and whānau. He said "We look forward to further research and investigation that engages with children and their whānau to more completely understand the extent, nature and prevalence of harm to children in care."

For more information about the report, listen to an interview with MVCOT Chief Executive Gráinne Moss on Radio NZ.

In August 2017, the United Nations Committee on the Elimination of Racial Discrimination concluding observations recommended an inquiry into abuse of children in state care.

The Salvation Army has published their 10th State of the Nation report, Off the Track, and a companion report, State of our Communities. The reports examine statistics on social and economic conditions, including child abuse and neglect.

'It is utterly unacceptable' – Children's Commissioner horrified at number of Kiwi kids harmed while in care, One News, 29.11.2017

Ngā Wāhine Mōrehu: putting women back in the state abuse conversation, The Spinoff, 25.11.2017

Elizabeth Stanley: Revictimisation is a real risk in a state care abuse inquiry. Here is how to avoid it, The Spinoff, 18.11.2017

Four former wards of the state share their horrific stories of abuse, Newshub, 09.04.2017