The Office of the Children's Commissioner (OCC) has released a new report about Family Group Conferences (FGCs). It found that "practices varied ... 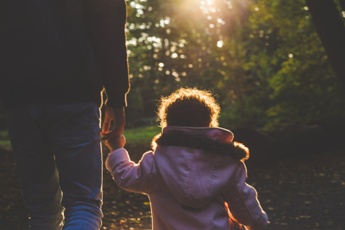 The Office of the Children's Commissioner (OCC) has released a new report about Family Group Conferences (FGCs). It found that "practices varied hugely across different sites" and "that as part of the transformation of CYF into Oranga Tamariki, there was a significant challenge ahead to ensure children and young people and their whānau are adequately prepared for FGCs." (page 5)

The OCC reviewed FGC practices at six Child, Youth and Family (CYF) sites in October and November 2016. The review was conducted in collaboration with CYF to prepare for the transition to the Ministry for Vulnerable Children, Oranga Tamariki (MVCOT).

The review focused on preparation for FGCs, however the report also describes issues related to facilitation during the meetings and implementation of plans after the meetings where these emerged. The report, Fulfilling the Vision: Improving Family Group Conference preparation and participation (2017), found many organisational and site level barriers preventing high quality preparation for FGCs. There were pockets of high quality pre-FGC practice, however key concerns included:

Whakapapa searching refers to finding and engaging with the whānau, hapū and/or iwi of the child or young person, and ensuring they are present at the hui-a-whānau. Hui-a-whānau refers to refers to the CYF-facilitated bringing together of whānau members prior to a care and protection FGC. A hui-a-whānau run with a non-Māori family may just be called a 'family meeting.' The report notes:

"We are concerned that the six exemplar sites were not adequately preparing children and young people or their families and whānau for FGCs. In all likelihood, it means practice is even more variable across other sites. CYF was therefore missing out on a major opportunity to improve outcomes for their clients." (page 9)

The report makes the following recommendations:

Action 1: Develop and implement a plan to build the cultural capability of the sites which have not yet been funded to employ dedicated whakapapa researchers – to prepare them for the further rollout of whakapapa searching and hui-a-whānau to their sites.

Action 2: Wherever possible, find safe ways for children and young people to be present during hui-a-whānau and FGCs.

Action 3: Ensure that hapū and iwi representatives are identified, located and invited to participate in hui-a-whānau and FGCs.

Action 4: Ensure there is always at least one face-to-face meeting with victims [for youth justice FGCs] to fully prepare them for FGCs.

Action 5: Youth justice sites make better use of the flexibility for timing provided by s249(6) to enable them to conduct whakapapa searches and run hui-a-whānau prior to youth justice FGCs.

Action 6: Provide induction training followed by regular refresher training and supervision to all FGC coordinators to improve their confidence in engaging effectively with children and young people and their whānau and in facilitating large groups of people for hui-a-whānau or FGCs.

Action 8: Improve the implementation and oversight of FGC plans, including providing better support for whānau and caregivers caring for multiple siblings and for young people to complete any community work built into their youth justice FGC plans.

Action 9: Provide clear national guidance to Oranga Tamariki sites regarding the standards expected for supporting children and young people's transitions when responsibility for their plan moves to a different site."

The OCC provided the draft report to CYF in February 2017. The report says "we are encouraged by the progress that Oranga Tamariki has already made across many sites to enable high quality preparation for FGCs. We will continue to follow how this work progresses."

“When properly resourced and practiced, I believe the FGC process has in it the seeds of genius. However, 27 years on from the original Act, we have only partially put this vision into practice. In particular, holding hui-a-whanau (family meetings) prior to the FGC, and conducting whakapapa searching will help increase participation of children and young people, whānau, hapū and iwi, and of victims for youth justice. The launch of the Oranga Tamariki and the supporting revisions to the legislation gives us a unique opportunity to address long-standing deficiencies identified in this report and to significantly improve practice."

For more information, listen to a brief interview with the Children's Commissioner on Radio NZ.

The report details steps that MVCOT has already taken to address the concerns raised in the report. This includes:

For more information, see our previous story, Ministry and iwi work on initiatives for children, young people and whānau.

Māori Television reported that MVCOT spokesperson Jo Harrison said "We really welcome Judge Becroft's report and from the office of the Children's Commissioner, we think there are some really important messages in there to help us to continue to improve our practices around Family Group Conferences."

Radio NZ reported that Dame Tariana Turia echoed the report findings saying "Well, half the time they're not involving even half the family. It's driven by the department, not the family."

MVCOT recently published a report about higher than expected rates of harm experienced by children in state care.

The Salvation Army has published their 10th State of the Nation report, 'Off the Track' and a companion report, State of our Communities. The reports examine data on social and economic issues, including child abuse and neglect.

This year, the Children, Young Persons, and Their Families Act 1989 was overhauled and renamed the Oranga Tamariki Act 1989, with an accompanying title of the Children’s and Young People’s Well-being Act 1989.