The final report from the Government commissioned Welfare Expert Advisory Group (WEAG) has been published. The report, Whakamana Tāngata: Restoring ... 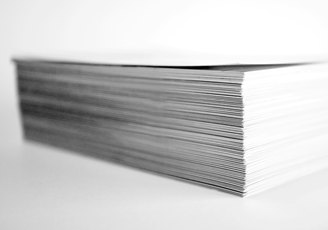 The final report from the Government commissioned Welfare Expert Advisory Group (WEAG) has been published.

WEAG reports the current system is no longer fit for purpose:

"The current social security system was set up in a different time and no longer meets the needs of those it was designed to support. Successive governments have implemented changes to the system with intended and unintended consequences. Agreement is near universal that the benefit and tax credit systems are unmanageably complex. The level of financial support is now so low that too many New Zealanders are living in desperate situations. Urgent and fundamental change is needed." (p.5)

WEAG's recommendations are designed to "... enable the social security system to serve its most fundamental functions but to move beyond a ‘safety net’ to ‘whakamana tāngata’ – restoring dignity to people so they can participate meaningfully with their families and communities." (p.4)

WEAG finds "The Government must urgently increase the incomes of people in receipt of a benefit and in low-wage work and maintain these increases over time so that they keep pace with the incomes of the rest of the community." (p.7)

Current eligibility rules for welfare support also reflect an outdated view of New Zealand families, with families, and arrangements for the care of children, being more diverse and fluid than in the past.

The experience of using the welfare system is "unsatisfactory and damaging for too many of the highest need and poorest people. We heard overwhelmingly during our consultation that the system diminishes trust, causes anger and resentment, and contributes to toxic levels of stress." (p.6)

WEAG expect significant gains in wellbeing from their recommended package of changes, including "fiscal savings from lower health and justice costs in the longer term and productivity gains from a more skilled workforce. Significant gains beyond the financial are also to be expected – gains in self-esteem and the quality of relationships." (p.8)

In addition to the full report, the WEAG has published an executive summary, fact sheets, background papers and evidence briefs. Several documents are available in a range of languages and formats.

In response to the report and recommendations, the Government has announced three actions as part of a first phase. These include:

The Government estimates that the combined investment of these three pre-budget announcements is $286.8 million over the next four years. The first two of these actions are planned to come into effect on 1 April 2020.

In relation to the rest of recommendations from the report, Minister for Social Development Carmel Sepuloni said:

“The Government can’t deliver on every recommendation at once. We are taking a balanced approach and are committed to delivering change over the longer term and prioritising areas like housing and mental health which impact on all New Zealanders but especially those in the welfare system.

We have decided not to implement the report’s recommendations to increase benefit levels by up to 47% immediately. As we have said, we will be looking at a staged implementation of the report. There are a range of ways to improve people’s financial wellbeing and reduce the number of people on benefits that live in poverty, in line with our commitment to reduce the overall rates of child poverty in New Zealand, and we will be looking at these over the coming years."

Many advocates have welcomed the changes but criticised the limited and delayed action.

The Child Poverty Action Group said the Government announcements "... signaled a start, but were unremarkable, and did not signal the courageous, transformational change that CPAG and many others had hoped for from a 'Wellbeing Budget'."

The Children's Commissioner Andrew Becroft commented on Twitter that he was "terribly disappointed." He said, "We were hoping for transformative change but so far a remarkably timid response. Hoping for better in the Budget."

"Removing sanctions on sole mothers and changing the abatement rate were all things that Government parties had agreed on when in opposition and could have acted on earlier in the term. The point of commissioning a panel of experts to come with further recommendations was so that the Government could do a wider overhaul. ... If the Government is serious about ending child poverty it will implement the recommendations of the Welfare Expert Advisory Group within this term."

Shine welcomed the announcement about removing the sanction on sole mothers, saying it could mean the difference between a woman being able to leave a violent relationship or not. Auckland Action Against Poverty (AAAP) also welcomed the change and called on the Government to backpay women who have been sanctioned, as well as to act quickly to remove all the other benefit sanctions outlined by WEAG.

In an interview on One News, Dr Ganesh Nana, a member of WEAG, said he was "disappointed" in the immediate response but was hoping for additional announcements with Budget 2019.

Prime Minister Jacinda Ardern said during her post-Cabinet press conference: "There will always be those who ask us to move faster and to make significant changes at a more rapid pace." She went on to recap other actions the Government has taken to address poverty including the Families Package and efforts to change the Work and Income culture. Also see the transcript from Newshub's interview with Carmel Sepuloni responding to questions about the phased approach, timeline and possible announcements in the 2019 Budget.

The Ministry of Social Development and Oranga Tamariki - Ministry for Children have published two evidence briefs exploring the link between child protection and welfare policies, including sanctions.

"A number of the studies described in this brief have found a significant relationship between low income and neglect, but the link with physical abuse or other types of abuse is less clear. Nevertheless, it is important to note that the majority of families, whether living with income poverty or not, do not harm their children – either through neglect or other forms of harm."

Section 70A and Children (Oranga Tamariki Evidence Centre, 2019) looked at how children are affected by reductions in benefit payments under Section 70A and what the impact would be if this section was removed. The researchers found that these benefit reductions disproportionately affect children already at high risk of persistent poverty and adverse childhood experiences. Children affected by these sanctions were more likely to come to the attention of the care and protection system.

Update: The Child Poverty Action Group (CPAG) has published a briefing paper that compares some of the WEAG's main recommendations and compares them to actions that have been called for by a range of organisations.

Calls for sanctions to be removed; committee report on Social Security Bill

No hope for progressive welfare reform from this government, The Spinoff, 06.05.2019

Tim Watkin: Government is running out of chances to be 'transformational', Opinion, Radio NZ, 03.05.2019