In May, Minister for Social Development Carmel Sepuloni announced an expert advisory group to undertake a broad-ranging review of the welfare ... 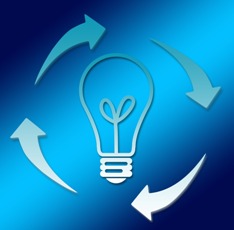 In May, Minister for Social Development Carmel Sepuloni announced an expert advisory group to undertake a broad-ranging review of the welfare system.

The Welfare Expert Advisory Group (WEAG) will report to Government on "ways to ensure people have an adequate income and standard of living, are treated with respect, can live in dignity, and are able to participate meaningfully in their communities."

The Beehive media release includes links to a Fact Sheet, Frequently Asked Questions and the Terms of Reference.

The role of the WEAG includes giving advice on:

"Areas that the Welfare Expert Advisory Group has been asked to focus on range from considering the overall purpose of the system, through to specific recommendations on the current obligations and sanctions regime."

The Welfare Expert Advisory Group is to report back in February 2019.

Radio NZ reported that the government planned to unveil some immediate changes to the welfare system in June ahead of the group reporting back, and that work had already begun preparing to remove a sanction on some solo parents and reducing abatement rates.

An overhaul of the welfare system was initiated as part of the Labour Party's confidence and supply agreement with the Green Party.

Update: The Ministry of Social Development has published a new report looking at what happens to people who left the benefit system following the previous benefit reforms.

Professor Cynthia (Cindy) Kiro (Ngāpuhi, Ngāti Kahu, Ngāti Hine) will chair the group. Among her roles at the University of Auckland, she is Te Tumu responsible for Māori/indigenous education in the Faculty of Education at the University of Auckland. Professor Kiro established the Taskforce for Action on Family Violence when she was the Children's Commissioner. Find some of her publications in the NZFVC library.

Professor Innes Asher is a Paediatrician and a Professor of Paediatrics at the University of Auckland. Professor Asher is a committee member and health spokesperson for the Child Poverty Action Group.

Kay Brereton is a senior advocate at the Beneficiaries and Unwaged Workers Trust and Co-Convenor of the National Beneficiary Advocates Consultative Group.

Dr Huhana Hickey (Ngāti Tahinga, Tainui, Ngāi Tai) is a research fellow in Taupua Waiora Centre for Māori Health Research at AUT University. She sits on the NZ Human Rights Review Tribunal and is the Chair of the Auckland Council Disability Strategic Advisory Panel. She was a member of the Expert Advisory Group on Family Violence and a speaker at a recent #metoo forum.

Professor Tracey McIntosh (Ngāi Tūhoe) is the Head of Department for Sociology at the University of Auckland and on the Academic Advisory Group of the NZ Family Violence Clearinghouse. She was awarded the Te Rangi Hīroa Medal by the Royal Society Te Apārangi for her research on stopping the intergenerational transfer of social inequality. Professor McIntosh has also worked on research to support evidence based family violence. She was co-chair of the Children’s Commissioner’s Expert Advisory Group on Solutions to Child Poverty. Some of her publications are available in the NZFVC library.

Dr Ganesh Nana is the Chief Economist at Business and Economic Research Limited (BERL), a private research and consultancy business.

Phil O’Reilly is the Chair of the Board of Business at OECD, (a representation of businesses in OECD member states) and a member of the APEC Business Advisory Council. He has acted in a governance or advisory capacity in a range of areas including pay equity and child poverty.

Robert Reid is currently Honorary President of FIRST Union, and he served as the General Secretary of FIRST Union for 9 years until November 2017. He was part of the Beneficiary Advocates Advisory Group established by Hon Steve Maharey as Minister of Social Development from 1999 to 2002.

Trevor McGlinchey is the Executive Officer for the New Zealand Council of Christian Social Services. He has written about the Government's approach to social sector funding and the collection of individual client level data.

Latayvia Tualasea Tautai is a young Pacific leader from Auckland. She is studying conjoint Law and Arts Degrees, majoring in Pacific Studies and Political Studies. She has lived experience of the welfare system and is the youth leader on the PACIFICA Inc West Auckland Executive.

Several members of the group have worked or done research in the areas of family violence and child abuse, including overlaps with poverty, welfare and benefit sanctions. The group also includes people with lived experience of using the welfare system.

Research and resources on links between family violence, welfare and poverty

Below is a selection of resources on the links between violence and poverty, as well as issues with how the welfare system responds to victims of intimate partner violence.

Kathryn's Story: How the Government spent well over $100,000 and 15 years pursuing a chronically-ill beneficiary mother for a debt she should not have (2016) by Catriona MacLennan and the Child Poverty Action Group (see our news story for a summary of the report)

Making a moral panic - ‘Feral families’, family violence and welfare reforms in New Zealand: Doing the work of the state? (2015) by Liz Beddoe published in the book Moral Panics in Theory and Practice: Gender and Family

The complexities of relationship in the welfare system and the consequences for children (2014) by Susan St John, published by Child Poverty Action Group

The relationship between poverty, child abuse and neglect: An evidence review from the UK Joseph Rowntree Foundation (2016)

Child abuse: what role does poverty play (2013) from the Child Poverty Action Group

For more information search the NZFVC library under poverty and see the Child Poverty Action Group for regular updates.

Government is currently seeking feedback on the proposed approach to "investing for social wellbeing," and a policy for the protection and use of personal information.

The Government has also started work on developing a Child Wellbeing Strategy.

Update: A High Court decision has ruled that MSD was wrong to classify loans and credit card debit as sources of income.

Winz is meant to help the vulnerable, not hound them through the courts, The Spinoff, 03.07.2018

All Beneficiaries should be treated with respect and dignity, Waatea News, 31.05.2018