The Government's Welfare Expert Advisory Group (WEAG) is inviting public feedback on the welfare system, through submissions and community forums. The ... 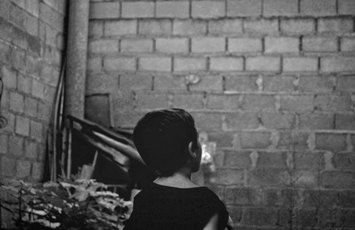 The Government's Welfare Expert Advisory Group (WEAG) is inviting public feedback on the welfare system, through submissions and community forums.

The deadline to submit feedback is 9 November 2018.

The WEAG is reviewing the welfare system and will make recommendations to the Government on ways to improve the system. The WEAG website states that the Advisory Group:

"...will consider ways to ensure people have an adequate income and standard of living, are treated with respect, can live in dignity, are able to participate meaningfully in their communities and have the skills and training to secure meaningful employment and other positive outcomes."

WEAG is particularly interested in hearing feedback from those who have had difficulty or problems accessing and using welfare benefits. They are looking for feedback on the following areas:

For more information about the consultation see the announcement from Social Development Minister Carmel Sepuloni or the WEAG website: www.weag.govt.nz.

The Advisory Group is holding community forums throughout the country in October and November to gather feedback.

There will also be an online survey on the WEAG website.

The Welfare Expert Advisory Group is due to report to Government in February 2019.

In May 2018, Minister for Social Development Carmel Sepuloni announced the formation of the Welfare Expert Advisory Group (WEAG) to undertake a broadranging review of the welfare system.

Radio NZ reported that the government planned to unveil some immediate changes to the welfare system in June ahead of the group reporting back, and that work had already begun preparing to remove a sanction on some solo parents and reducing abatement rates.

An overhaul of the welfare system was initiated as part of the Labour Party's confidence and supply agreement with the Green Party.

The Ministry of Social Development has recently published a report looking at what happens to people who left the benefit system following the previous Government's welfare reforms.

For research and information on the links between family violence, welfare and poverty, see our previous story Government appoints expert panel to welfare review; welfare, poverty and violence. Also see our previous story on the Child Poverty Action Group report on relationship status, violence and benefits.

Minister Sepuloni recently announced that the Social Security Legislation Rewrite Bill has had its third reading and will become law once it receives Royal Assent. The bill was introduced in 2016. At the time, non-government agencies and both the Green Party and Labour had raised concerns about some of the proposed legislative changes. See the Parliamentary website for the final text of the bill and related documents.

The State Services Commission is currently seeking public feedback on proposed reform on the State Sector Act 1988. The purpose of the reform is to enable the Public Service to:

In September, the Government published a new plan outlining the Government's priorities. The second priority, Improving the wellbeing of New Zealanders and their families, includes "Reducing family and sexual violence". The third priority, Making New Zealand proud, includes the Royal Inquiry into the Abuse of Children in State Care and a number of activities focused on building closer partnerships with Māori. For more information see the Beehive press release and the Prime Minister's speech.

Winz is meant to help the vulnerable, not hound them through the courts, The Spinoff, 03.07.2018

All Beneficiaries should be treated with respect and dignity, Waatea News, 31.05.2018