A range of Māori groups and individuals have criticised the government’s proposal to remove legislative principles prioritising placing Māori ... 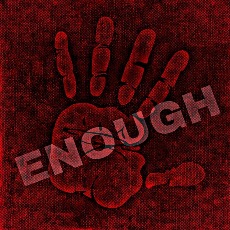 A range of Māori groups and individuals have criticised the government’s proposal to remove legislative principles prioritising placing Māori children in care with whānau, hapū and iwi. The proposal is part of the recently announced further reforms to child protection and care.

Former Māori Party leader Tariana Turia criticised the new reforms as "tampering" with the principles of Puao-te-ata-tu which shaped the Children, Young Persons and their Families Act 1989.

Concerns have been raised about the proposal to remove or revise two principles in the Act:

The principle that "consideration must always be given to how a decision affecting a child or young person will affect ... the stability of that child’s or young person’s family, whanau, hapu, iwi, and family group" (section 5(c)(ii))

The principle that prioritises placing a child with "a person who is a member of the child's or young person's hapu or iwi (with preference being given to hapu members), or, if that is not possible, who has the same tribal, racial, ethnic, or cultural background as the child." (section 13(g)(i)) The new proposed principles cover various concepts, including that children are placed with a "safe, stable and loving family at the earliest opportunity."

The current principles are found in section 5 and section 13 of the Children, Young Persons, and Their Families Act 1989. The proposals for new and amended principles are described in Cabinet Paper 2: Foundations for a child-centred system (paragraphs 40-44) and Cabinet paper 3: Intensive intervention and care support (paragraphs 37-45), available on the MSD website.

Dame Turia said "I am extremely disappointed at Minister Tolley's warning shot that she will delete from law, section 5 (c) (ii) that consideration must be given to how a decision affects the 'family, whānau, hapu, iwi and family group'. This is effectively saying that whānau, hapū and iwi are incidental, irrelevant, to decisions around the best placement for a child."

She went on to question why the reforms outlined in the Cabinet papers are not consistent with the Modernising Child, Youth and Family Expert Panel report on reforming child protection and care services:

"The Minister's own report recommended that 'Whānau Ora can play a role in assisting whānau to develop a stronger understanding of their own strengths and how they can access social services to support better outcomes for vulnerable children' and yet the cabinet papers, while heavily redacted, appear to have overlooked or denied the impact of Whānau Ora."

"I was hopeful that when I read in the expert report that 'Māori children deserve the best staff, the best expertise and the highest expectations' (2015, p13) that this Minister would do what was right; would establish strategic partnerships with those closest to whānau; would appoint significant Māori positions in the new Ministry that were in touch with whānau, hapu, iwi; and that all of us would be able to contribute to the solutions we so desperately need to achieve for all our children to live a great life."

Dame Turia followed it up with an opinion piece on addressing institutional racism.

Rāhui Papa and Naida Glavish, Co-Chairs of the Whānau Ora Iwi Leadership Group agree, saying the newly proposed reforms are the "wrong move and sets a path that may see our tamariki removed from their culture." They were also disappointed that the Minister made a "unilateral decision without substantive or direct consultation with the Whānau Ora Partnership Group."

Waikato-Tainui have been working on a strategy to care for their vulnerable children, but Rāhui Papa said the government seems to be undermining their efforts: "What we're trying to set-up is a strategy called Mokopuna Ora but from what we can see that's being curtailed by the Ministry of Social Development." Both Rāhui Papa and Dame Turia are calling for all MPs to question the new reforms.

Hauraki-Waikato MP Nanaia Mahuta said she was surprised by the reforms because Waikato-Tainui have a signed agreement with the government regarding their Mokopuna Ora strategy.

Green Party MP Jan Logie has criticised the government's lack of Māori consultation, "I am still gob smacked that Minister Tolley chose to consult Open Home and Barnardo’s on the next stage of the reforms and not Māori. This is on top of initially not having any Māori on the expert panel, and then only one, and not consulting with Te Puni Kokiri (TPK) or iwi social service providers. As well, Māori only represented 7% of the total people consulted by the expert panel. The involvement of Maori in these issues is not a nice-to-have, it is essential for the wellbeing of our children and our society." She went on to say that "I do not think the President of the Māori Women’s Welfare League is overstating it when she says the government’s plans conjure up images of stolen generations."

According to the New Zealand Herald, current Māori Party co-leader Marama Fox has declined to comment on the proposed changes. However Māori Development Minister Te Ururoa Flavell said "Cabinet has made no firm decision on this issue at this stage but I will be advocating strongly to ensure that a Māori world view is supported, because 60 per cent of children in care are Māori."

Prue Kapua, National Māori Women’s Welfare League President, criticised the government's historic record of failing Māori, saying at the recent national conference "The position that we find ourselves in today is as a result of the dominant Pakeha culture, they embed Pakeha privilege and the Government doesn't care, again reflective in the absence of Government ministers here today." She also said "It is a return to the days when their institutions, that have not delivered care and protection can make decisions about placing our kids, all 61% of them, with a family they consider is safe, stable and loving. And all with no direction that priority goes to the whānua, hapū and iwi of the child or young person."

Whaia Te Iti Kahurangi, a group of tangata whenua social work practitioners, said "The introduction for this new form of child-removal seeks to wreak havoc in families across New Zealand, not just within Māori family groups, but to also familial ties between children and their families with particular focus on Māori and families within the lower socio-economic classes." They also said "We seriously question the Ministry defining what makes a child vulnerable and identify state and historical colonial violence, neo-liberal welfare reform and structural inequalities as determinants of vulnerability ... A framework with no understanding or acknowledgment of the cumulative historical trauma experienced by māori due to continuing land confiscations, loss of language and sacred indigenous knowledge and forced removal of māori tamariki from their whakapapa will create more generational loss and separation."

Puao-te-Ata-tu is a 1988 report from the Ministerial Advisory Committee which explored meeting the needs of Māori in the then Department of Social Welfare. The report raised serious concerns of institutional racism which have resurfaced with the current reforms.

Dr Leonie Pihama, University of Waikato Associate Professor and director of Te Kotahi Research Institute, questioned the ability of the new CYF approach to meet the needs of Māori when the Government first announced the reforms and when the new Ministry for Vulnerable Children was announced.

Issues relating to Child, Youth and Family and Māori have also been discussed on blogs Te Wharepora Hou and Moa in the Room and on YouTube and Facebook.

Racial justice meets the child welfare system: why Hands Off Our Tamariki is a movement for change, The Spinoff, 05.11.2016