Social Development Minister Anne Tolley has announced that more reforms to the Children, Young Persons, and Their Families Act 1989 will be introduced ... 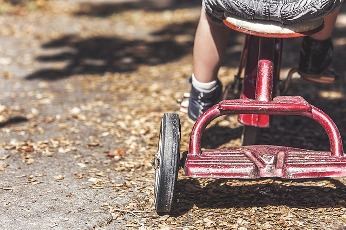 Social Development Minister Anne Tolley has announced that more reforms to the Children, Young Persons, and Their Families Act 1989 will be introduced in Parliament by the end of this year.

The announcement detailed some of the proposed changes:

"Legislation will be introduced which proposes new or amended principles to the Children, Young Persons, and Their Families Act 1989 (CYPF Act), and includes:

These changes build on the initial legislative reforms to child and protection services and the new Ministry for Vulnerable Children, Oranga Tamariki, announced earlier this year.

Minister Tolley said “The new operating model, and the new Ministry, is scheduled to get under way in April 2017 and will no longer simply address short-term crisis management. It will have a single point of accountability and will address the long-term needs of children and young people in the care system, focusing on prevention, intensive intervention, care support services, transition support and a youth justice service aimed at preventing offending and reoffending."

The UN Committee that oversees the United Nations Convention on the Rights of the Child has recently questioned whether the current reforms address child poverty and include all children.

Labour Spokesperson on Children Jacinda Ardern has pointed out that these new reforms propose adopting the principles of the covenant promising to protect Aotearoa New Zealand's children "... drawn up by Judge Carolyn Henwood except for a promise 'to strive to provide them [children] with a proper standard of living.' " Ms Ardern said Labour would support putting the entire covenant into law.

In a speech to the Fostering Kids New Zealand Conference about the newly announced reforms, Minister Tolley also said "...you may be aware that Minister Adams and I have been investigating raising the youth justice age from 17 to 18. We will be taking a paper to Cabinet on this soon." Children's Commissioner Andrew Becroft has called for the youth justice minimum age to be raised.

Additional media related to the reforms