The Government has announced its initial plans for "major state care reforms and a complete overhaul of Child, Youth and Family" in response ... 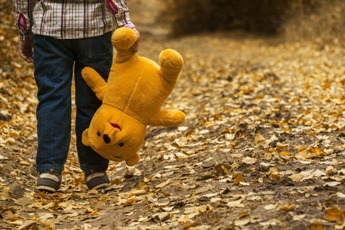 The Government released the Final Report of the Expert Panel on 7 April 2016. The report outlines a new operating model for CYF as well as policy and legislation changes, financial investment and implementation approaches. The report includes 81 recommendations.

Minister Tolley said the Government was announcing its initial response to some of the panel's recommendations. She said the model will be in place by March 2017 and will focus on five core services: prevention, intensive intervention, care support services, transition support and a youth justice service aimed at preventing offending and reoffending.

The new model is intended to create a "single point of accountability" for a number of services for children. An "actuarial valuation model" looking at long term outcomes for children will be developed to help guide government spending.

The model gives the government agency a broader focus than CYF currently has, including early intervention, recognising trauma and the transition into early adulthood. In addition, the agency will be able to purchase services for children direct from other government agencies and non-government organisations.

Other changes include expanding the range of professionals who work under the Children, Young Persons and Their Families Act, a campaign to recruit and support caregivers, the development of a new youth advocacy service, and increasing the age of children who receive care.

The Office of the Children's Commissioner will still provide monitoring, but more work is being done to review this role. The Vulnerable Children's Board will also be expanded.

The entire package of changes is expected to take up to five years to implement and will include:

Responses to the announcement are in the media coverage below.

Dr Leonie Pihama, University of Waikato Associate Professor and director of Te Kotahi Research Institute, is questioning the ability of the new CYF approach to meet the needs of Māori. Leonie referred to a 1988 review of the then Department of Social Welfare, Puao-te-ata-tu: The Report of the Ministerial Advisory Committee on a Maori Perspective for the Department of Social Welfare which highlighted the need for structural change to address institutional racism. She points out that the issues of institutional racism identified in this previous review have not been addressed and the current review does not mention racism nor does it advocate any structural change or kaupapa Māori approaches. In her interview, Dr Pihama said “within Puao Te Ata Tu they were really advocating a much stronger structural change, where we question the foundations of a system that assumes the right of the state to take control of the lives of Māori children and take control of the lives of whānau Māori.”

The Panel, established in 2015 by Social Development Minister Anne Tolley, released an interim report on Child, Youth and Family in 2015. The report, Modernising Child, Youth and Family, concluded that the system as a whole was not effectively delivering for vulnerable children and would require a new operational model.

A number of supporting documents have been released with the report including:

The Future of Child Protection and Care: Fact sheet

The Future of Child Protection and Care: Question and Answer

Tolley not ruling out caregiver payrise in CYF overhaul, Stuff, 09.04.2016

Youth Justice must not be left out of the CYF overhaul, Press Release – JustSpeak, Scoop, 08.04.2016

Save the Children commends new child-centred approach, Press Release: Save The Children, Scoop, 07.04.2016