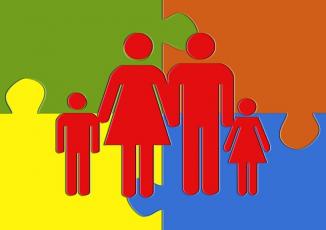 The report, Modernising Child, Youth and Family, concludes that "While there are pockets of good practice, and a committed frontline workforce who strive to do a good job, the system as a whole is not delivering effectively for vulnerable children and young people."

The report states "the overall assessment of the Panel is that fundamental changes to the operating model are required for CYF to achieve all of the objectives relating to care, protection and youth justice, including:

i. A child-centred system where the new operating model of CYF, and the culture, services, practice, governance, processes and systems of all key providers and agencies, is oriented around the needs and voice of the child or young person.

ii. An investment approach that takes a lifetime view of costs and benefits and directs effort and capability towards earlier intervention for vulnerable children.

iii. A professional practice framework that provides the guidance, tools and information to support staff to make evidence-based professional judgement.

iv. Engaging New Zealanders to improve awareness of children within the care and protection and youth justice system and to encourage New Zealanders and agencies to take action to support vulnerable children and young people and provide them with safe, loving and stable family care."

The report says the Panel has "developed the purpose, principles and objectives for the future care, protection and youth justice system, identified the key shifts required to the future operating model and developed a design process for the next phase of work. The next phase of work will look at the design of the desired future experience for children and young people, and the operating model to deliver this."

The report acknowledges implementing these recommendations will require legislative change in a number of areas and changes to other programmes of work which relate to services for "vulnerable children." The panel also identified work that can begin immediately including:

The next phase of work to develop the future operating model will include more detailed design of the processes, systems, roles and responsibilities required within CYF. The Panel says it intends to use a collaborative design approach by engaging with children, young people and their families who have had contact with CYF. The panel also will test, challenge and refine the design work with the Youth Advisory Group, a Māori reference group and a Practice Reference Group. The panel is due to provide a detailed business case including costings to the Minister by December 2015.

Minister Tolley said "This high level business case for change is extremely compelling and concerning. It provides a vital overview which is being used to design our radical overhaul of the CYF system, which I have no doubt will require targeted additional investment and reprioritisation of resources to get the best possible results for our vulnerable young people. There is no quick fix over a few days or months. We need a significant shift in thinking together with a comprehensive plan to be rolled out in the years ahead. The whole country has to take ownership of this situation. We cannot say that these children are someone else’s problem. Government agencies need to work together and communities need to play their part, to make a difference for these vulnerable kids."

In April 2015, Minister Tolley announced the establishment of the Panel, led by Paula Rebstock, to provide advice on a future operating model of Child Youth and Family.

Responses to the report are in the media coverage below. This also includes responses to Ms Tolley's suggestion that the state would be "far more proactive" about encouraging women who have previously had children removed from their care to use contraception.

The Public Services Association (PSA) released the report CYF Review - Let's Get Real: Key discussion points from the symposium on the CYF Review on 23 September 2015, celebrating New Zealand Social Workers Day. The report summarises the results of a social workers' symposium held on the review in August, hosted by the PSA and Unitec’s Department of Social Practice. It states that the review ignores underfunding of the sector as a driver of systemic issues in child protection. Stating that the symposium was an opportunity for social workers to speak on the review, it notes:

"Missing in the make-up of the panel were the voices of those closest to the issues: practitioners, local nongovernmental organisation leaders and experienced advocates for carers and children. Where were the spokespeople for Māori and Pasifika communities who work every day to support the health and well-being of their people, and whose children are so disproportionality caught up in the care and protection system? The child welfare and family violence researchers who have worked tirelessly to inform policy and practice?"

PSA National Secretary Richard Wagstaff said "For the last decade social workers have been asked to do more with less. Minister Tolley needs to address the dangerous resourcing shortages within the system before she can make informed decisions about the state of CYF. The CYF Review is a behind-closed-doors discussion between a few so-called experts, and many believe it is set up to provide an excuse for privatising public services. The PSA has met with numerous social workers and others with an interest in this issue, including hosting a symposium to give stakeholders a voice they have been denied by the expert panel. We call on minister Tolley to step back from making hasty decisions based on a one-sided review."

Other recent, relevant reports include:

In July 2015, a Member's Bill was introduced to Parliament which seeks to make registration mandatory for social workers.

Opinion: Nicola Young: Overpaid bigwigs can't be worth that much, Wanganui Chronicle, 18.10.2015

Tolley shows she is up for tough calls when CYF review complete, Gisborne Herald, 29.09.2015

Tolley no advocate for compulsory sterilisation of women, NewsTalk ZB, 29.09.2015

Governments have failed to act to reduce our appalling record of child abuse, TVNZ, 28.09.2015

State won't force contraception on women, but will be more 'proactive' with problem mums, Stuff, 28.09.2015

Families with children in state care least likely to get contraceptive advice, Stuff, 28.09.2015

Minister suggests some parents could be discouraged from having more children, TVNZ, 27.09.2015

Māori communities must be part of the solution to tamariki, Press Release: Māori Party, 26.09.2015

Yet Another Report While Our Vulnerable Children Wait, Press Release: NZ First, 24.09.2015

Children and young people must be at centre of decisions, Press Release: Ara Taiohi and Just Speak, Scoop, 24.09.2015

CYF overhaul must stop the tally of broken promises to vulnerable children, Stuff, 24.09.2015

NZ Initiative's Jenesa Jeram argues that the overhaul of Child, Youth and Family needs to be evidence-driven, The New Zealand Initiative, 07.09.2015