The Office of the Children's Commissioner (OCC) has published a report, State of Care 2015. The report is based on its independent monitoring ... 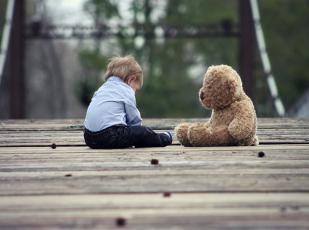 The Office of the Children's Commissioner (OCC) has published a report, State of Care 2015. The report is based on its independent monitoring of Child, Youth and Family’s policies, practices and services.

The report looks at how well children in care are doing according to available data on measures of wellbeing, including health, education and justice outcomes. It includes feedback from children and young people about their experiences in the system.

OCC summarises what they learnt from the monitoring as follows:

The OCC makes 53 recommendations, and summarises what needs to change as follows:

Children's Commissioner Russell Wills said "Our analysis is that Child, Youth and Family is very focused on keeping children safe and managing the intake and assessment processes at entry to the system. They’ve lost sight of what children need while in care and what they need to receive to ensure they thrive once they’ve left. That concerns me."

He also said "We’ve been surprised by the difficultly in accessing information about the outcomes for these children. The data we have seen is concerning. In education for example, children in care are falling way behind, with just 20 percent achieving NCEA level 2, compared to the national average of 70 percent." For Māori children in care, the figure was 15 percent.

UNICEF NZ National Advocacy Manager Deborah Morris-Travers said "Today’s report points to a raft of opportunities for Child, Youth and Family leadership and staff – in partnership with other government agencies and communities – to ensure that children coming into the care of the State have their rights to health, education, protection and cultural identity upheld, therefore delivering significantly improved outcomes."

The Government established a panel to lead a "complete overhaul" of Child, Youth and Family in April 2015. Russell Wills said he hoped the report's recommendations would support the panel in their work. Social Development Minister Anne Tolley said "The panel delivered its high-level business case for change earlier this month, and this will go to Cabinet in the next few weeks along with a paper outlining the next steps. I plan to release both documents after Cabinet approval. A detailed business case is being developed by the expert panel and will be delivered by December 2015."

The OCC's report follows the release of the final report of Confidential Listening and Assistance Service earlier this week. This report into the treatment of children in state care during the 50 years leading up to 1992 found many children were subjected to brutal violence, neglect and emotional, verbal and sexual abuse.

On 23 July 2015, a Bill to make registration mandatory for social workers was introduced to Parliament, after being pulled from the Member's Ballot

This is the OCC's first public 'State of Care' report. They will publish another State of Care report in 2016.

Seven Years on And National is in No Rush to Help Children, Press Release: NZ First Party, Scoop, 27.08.2015