New Zealand Police have published a final report summarising how the Police responded to recommendations from the Commission of Inquiry (COI) ... 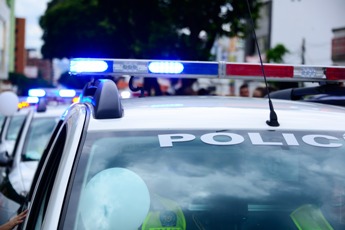 New Zealand Police have published a final report summarising how the Police responded to recommendations from the Commission of Inquiry (COI) into Police Conduct established in 2004.

The Commission of Inquiry was launched to examine the way Police dealt with allegations of sexual assault by police officers and their associates. It was led by Dame Margaret Bazley. The Commission's report was publicly released in 2007. It outlined 47 recommendations for the Police and recommended 10 years of monitoring.

The report, 'A decade of change' 2007-2017 describes how police have addressed those 47 recommendations, including work to:

A far-reaching programme was launched that touched almost every aspect of policing – from policy and training through to performance management and leadership; as well as practice changes that would better serve victims of sexual assault. Victims of sexual assault who turn to Police today can expect to deal with staff who uphold our values of empathy, professionalism, and respect. The changes we have made as an organization are enduring.

The Police Commissioner also said "The conclusion of the mandated COI monitoring period does not represent a finishing line" and "We must continue to be vigilant and make ongoing advances in all the focal areas outlined in this document."

Victim Advocate Louise Nicholas said there has been "amazing change" but the work needed to continue. She also said one of the biggest changes was how police worked with victims: "It was really, really important that they started to understand that people don't make up this type of thing. There's a reason they have come to you, they have been harmed. And, they need the assurance from the police that there will be a full and thorough investigation."

National Rape Crisis spokeswoman Andrea Black agreed there have been significant changes, but there is still work to be done: "It is only 10 years [since the release of the 2007 inquiry] and cultural changes take generations." Listen to the interview with Andrea Black.

During the 10-year monitoring period, the State Service Commission and the Office of the Auditor-General (OAG) have overseen Police progress on the recommendations. A final OAG performance audit of Police efforts is expected later this year.

Update: The OAG has published their final report, Response of the New Zealand Police to the Commission of Inquiry into Police Conduct: Final monitoring report (2017).

The Commission of Inquiry was launched in 2004 after victim advocate Louise Nicholas accused high-ranking police officers of raping her in the 1980s. The 2007 Report of the Commission of Inquiry into Police Conduct Te Kōmihana Tirotiro Whanonga Pirihimana identified a range of systemic issues and behaviour patterns within Police. There were 60 recommendations in total: 47 for Police, 12 for the Independent Police Conduct Authority (IPCA), and one for the Government.

“Some police officers are telling sexual assault victims that if their attacker claims it was consensual, charges are unlikely to be laid. Several women spoken to by Stuff as part of an investigation into the way police handle sexual assault and rape cases say they were told in the early stages of the investigation that a denial by the accused was likely to prove fatal to a prosecution.”

Police are telling rape victims their hands are tied if the accused denies it, Stuff, 30.04.2017