The Office of the Auditor General (OAG) has released its Fourth Monitoring Report relating to the findings of the Commission of Inquiry into ... 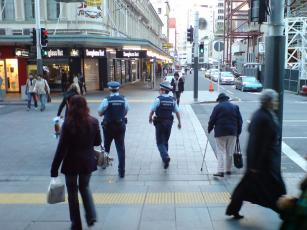 The Office of the Auditor General (OAG) has released its Fourth Monitoring Report relating to the findings of the Commission of Inquiry into Police Conduct (2007).

A main recommendation of the third monitoring report was improving the investigation of adult sexual assaults. This required Police specifically:

The report states, "The Police have given more priority to investigating adult sexual assaults than in the past. They monitor and review the investigations better, using a case management approach. The Police are establishing the reporting systems they need to provide a good view of their investigation activities. They have also introduced a tiered training model for new recruits and detectives that specifies the level of training required to investigate sexual assaults."

However the OAG also found a need for ongoing improvement in training in investigation and support. For example, "The Police are considering how to ensure that frontline officers and front-counter staff have enough training in dealing with victims in an empathetic manner and that complaints are always recorded, as required by, and explained in, the ASAI policy. The Police told us that they are preparing a training package for frontline and front-counter 'watchhouse' staff, which adult sexual assault co-ordinators will roll out."

It also found "there is still room for the Police to improve how they communicate with victims and how they collate and use feedback from victims. The Police acknowledge that they need to do more to understand the effectiveness of the improvements they have made for responding to victims of a sexual assault and how they could make further improvements.

A formal SAATS agreement is not yet in place in South Canterbury.

In 2007, Dame Margaret Bazley completed the Report of the Commission of Inquiry into Police Conduct.