A new foundation has been established focused on funding legal research, education and scholarship. The Michael and Suzanne Borrin Foundation has ... 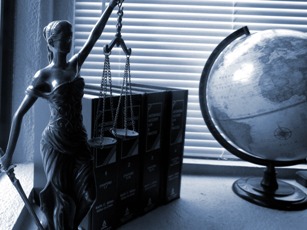 A new foundation has been established focused on funding legal research, education and scholarship. The Michael and Suzanne Borrin Foundation has awarded its first five grants, including research awards on property law and the over-representation of Māori in prison.

The foundation's Grants and Scholarship Committee Chair, David Goddard QC, said the foundation would focus "... on areas of profound concern – areas where the law is not serving New Zealanders well.” He also said that “The criminal justice system and family law are our initial strategic focus areas, and our inaugural grant recipients reflect these areas of concern.”

The first five grants are:

The foundation will seek out individuals and organisations for grants and will also run an open expression of interest (EOI). The EOI process is scheduled to open on 14 March 2018. More details are available on the website. Details about applying for scholarships will be made available later this year.

The foundation has also launched an initiative to co-fund projects with the New Zealand Law Foundation.

TheMichael and Suzanne Borrin Foundation was established through a $38 million bequest by the late Judge Ian Borrin in honour of his parents. Judge Borrin was a Family Court Judge and later head of the Police Complaints Authority (now the Independent Police Conduct Authority).

More than 30 leading academics have signed an open letter to the Government, calling on the Government to not build the planned $1 billion new prison in Waikeria.

In 2017, the Waitangi Tribunal found that the Crown has breached its Treaty obligations by failing to prioritise the reduction of Māori reoffending relative to non-Māori.

The Law Commission is currently reviewing and consulting on the Property (Relationships) Act 1976.

We can never naturalise or normalise the prison – Dr Tracey McIntosh, Māori Television, 22.02.2018