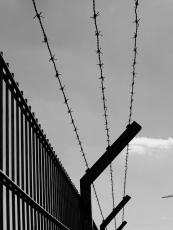 Ms Upston said "The number of women in prison and being managed by Corrections in the community has increased over the last decade or so. We need a fresh approach to helping women offenders stop reoffending while holding them to account for their crimes."

The new strategy focuses on making our treatment and management more women-specific to help address issues such as trauma and victimisation, mental health issues, unhealthy relationships, parenting difficulty and stress and financial pressures. There  will be a focus on giving women the treatment, encouragement, counselling, skills and support they need to shape better futures for themselves, their children and their families."

Professor Tracey McIntosh from the University of Auckland carries out research on issues for women in prison (particularly Māori women in prison) and ex-prisoners, including:

Incarceration in New Zealand: Stories of Confinement (seminar given by Tracey McIntosh at the University of Auckland, 2014)

Marginalisation: A Case Study: Confinement (McIntosh, 2011) in Māori and Social Issues (edited by Tracey McIntosh and Malcolm Mulholland) - available for loan from the Clearinghouse library.

Women’s Experiences of Abuse as a Risk Factor for Incarceration: A Research Update (VAWnet & NRCDVC, 2015)

Why Opposing Hyper-Incarceration Should be Central to the Work of the Anti-Domestic Violence Movement (Cooker and Macquoid, 2015)

Fewer women to be jailed under new Government strategy to curb growth in crime, Stuff, 29.08.2017