The Ministry of Social Development (MSD) has stated that future contracts will require community agencies to provide individual client level ... 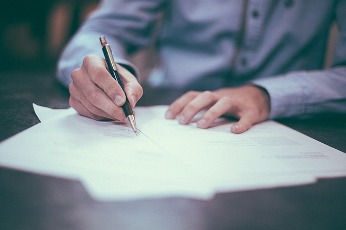 "This collection of individual level data is a new contractual requirement that has the potential to move community social services from being able to work with anyone with needs in their communities, to only being able to work with those willing to have their personal details shared with government." He also questioned whether there had been any consultation regarding the change or review of the potential impacts: "I am not aware of any conversations with communities or with community-based social services on introducing this change. Neither have I seen any assessment of the potential impact of these new requirements on families and individuals who seek support. I would have thought that such a significant change would be thoroughly consulted on and researched prior to being implemented on an across-system level to all services, all providers and all clients."

Social Services Providers Aotearoa (SSPA) has said they are interested in hearing from providers who have provisions in their contracts like this or other concerns - contact SSPA at manager@sspa.org.nz.

Similar concerns about client confidentiality and privacy were raised when the Ministry of Social Development requested that Relationships Aotearoa hand over their client files when the service was closed in 2015.

An article in the NZ Herald, New surveillance 'may scare off victims' (17/10/16) says the move is "raising fears that people fleeing violent relationships or in financial need may be scared off seeking help in case their disclosures are used to take their children off them, stop their benefits or arrest them for past crimes."

An article by Munro (2007), The Dangers of Information Sharing published in the Social Policy Journal of New Zealand (Issue 31) on information sharing in NZ and the UK notes:

"A third area of concern about surveillance is its impact on the relationship between family members and professionals. Confidentiality has been a major principle in the caring professions except in cases of child abuse and neglect. However, data sharing is a key element in the proposed electronic system and the UK government has pledged to 'remove the legislative barriers to better information sharing' (HM Treasury 2003:13). Evidence suggests that the loss of a guarantee of confidentiality will affect parents' and children's willingness to confide in professionals (Munro 2007). Research on children's views has consistently found that they accept the need for information sharing when there are concerns about significant harm but, on other matters, they are reluctant to talk if there is a risk that the information will be divulged to others (Children's Rights Alliance for England 2006, Hilton and Mills 2006). Indeed, even with child abuse, the lack of confidentiality has a negative effect. Research on children using ChildLine, a confidential phone service, highlighted the importance of the confidentiality:

The offer of confidentiality is one of the prime reasons children call ChildLine. One of the most common questions they ask of our counsellors is, 'Are you going to tell anyone about this?' (Easton and Carpentieri 2004:25)"

In New Zealand, the report Breaking the silence but keeping secrets: What young people want to address sexual violence by Point Research (2013) found:

"For young people who took part in this research, the lack of awareness of services appears to be compounded by other factors such as a deep distrust of professionals, which is fuelled by fears of loss of confidentiality and may be impacted by cultural and religious factors, particularly in cultures where stigma around sex, sexuality, and abuse is high. … This is particularly concerning given that the young people who had experienced abuse said they felt a profound sense of relief following disclosure.

This research also found that young people are most likely to disclose to friends. Overall, it appears the young people have low expectations of adults and a deep distrust of the adult world. They believe that adults will take over and do what they think is best, with little regard for their wishes. Many showed a deep distrust of school nurses and counsellors saying that they have a reputation for breaching confidentiality and telling other staff or family members about matters that students have regarded as private." (vi)

MSD has also announced the Acceleration for Results programme. MSD will work with the Ākina Foundation to "... to co-design an effective way to transition current contracted providers to using results-based contracting models which support the outcomes of the Community Investment Strategy." The Ākina Foundation works to grow social enterprise across New Zealand. MSD is currently looking for seven providers to participate in the programme in stage one from November 2016 to June 2017.

The programme is specifically looking for providers delivering services to families that aim to:

Registrations of Interest (ROI) for joining the programme in Stage One are open from 7-24 October 2016 on the GETS website. Information is also available on the Ākina website.