Government and some researchers continue to explore the use of administrative data to predict risk of poor social outcomes and target social ... 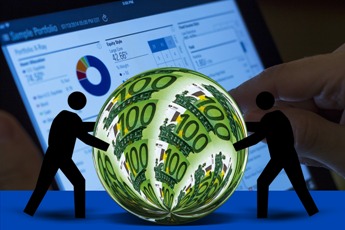 Government and some researchers continue to explore the use of administrative data to predict risk of poor social outcomes and target social service funding and interventions.

Researchers have linked data from the Dunedin Multidisciplinary Health and Development Study (the Dunedin Study) with participants’ government administrative data and health records. The Dunedin Study is longitudinal study that has followed the progress of 1000 children born in Dunedin in 1972-73 from birth to age 38. In results published in an academic journal article and a media release, the researchers found that nearly 80% of adult “economic burden” could be attributed to 20% of the study participants. 22% of the cohort accounted for: 36% of the cohort’s injury insurance claims; 40% of “excess obese kilograms”; 54% of cigarettes smoked; 57% of hospital nights; 66% of welfare benefits; 77% of “fatherless child-rearing”; 78% of prescription fills; and 81% of criminal convictions. They found that members of this group tended to have grown up in more socioeconomically deprived environments, experienced child maltreatment, scored poorly on childhood IQ tests and exhibited low childhood self-control.

The paper says, “It is not news to service-delivery professionals that some individuals use more than their share of services. What is new is that individuals feature in multiple service sectors and they can be identified as children with reasonable accuracy.” Dunedin Study Director Professor Richie Poulton is also the Chief Science Advisor at the Ministry for Social Development.

In November 2016, Treasury released a number of Key Documents and Background Papers including Using IDI Data to Estimate Fiscal Impacts of Better Social Sector Performance. This built on previous work by Treasury which sought to predict New Zealand children and youth who are at risk of poor future outcomes. Information on the Government’s ‘social investment’ approach is available on the Treasury website.

“The Investment Approach to Justice is made up of two parts: working out who is experiencing what crimes and where; and then what initiatives work to prevent it. The first component is a micro-simulation model based on the Integrated Data Infrastructure. This model takes every person in New Zealand and predicts how many times they are likely to commit an offence or be victimised over the rest of their life.”

In November 2016, the NZ Herald reported the Ministry of Education was exploring using government data to calculate a “risk index” for all students. This is being considered as one option for replacing the current decile system for supporting schools with more disadvantaged students.

The Ministry of Social Development (MSD) is using a ‘social investment’ approach to investigating outcomes and funding providers. In line with this, the Ministry of Social Development is seeking to require social service NGOs it funds to provide individual level client data. MSD is also exploring the use of Predictive Risk Modelling in child protection.

The Government has signalled it plans to take an ‘investment approach’ similar to that used for welfare in family violence.

The Government’s prediction of people’s risk of a range of poor social outcomes is based on linking administrative data from a range of government agencies. It has established the Integrated Data Infrastructure (IDI), a large research database containing microdata about people and households.

“Inevitably, Social Investment will also raise questions around what license the Government has to use sensitive information. This year the Government will have a conversation with the New Zealand public about the acceptable use of your sensitive information. The Data Futures Partnership, chaired by Dame Diane Robertson, will lead that discussion. I believe most New Zealanders expect the Government to take all reasonable steps to support our most vulnerable people and families. And so our offer to the New Zealand public is this. We will commit to delivering services that are better-targeted and which make a real difference, and we will stop spending on services that don’t work - if you will let us make better use of your data.”

In 2015, Government established the Data Futures Partnership to “engage with citizens, the private sector, and non-government organisations to help drive change across New Zealand’s data-use ecosystem.”

Responses to the ‘social investment’ approach

Indigenous researchers have also questioned the use of data about Māori without a specific Māori data governance framework. Co-editor of a new report, Indigenous Data Sovereignty: Toward an Agenda (2016) Tahu Kukatai said "So if my data have been linked up all over the show how do I know that that data is going to be used for my benefit or the benefit of my whānau or iwi. I think without having Māori right at the forefront of those conversations it's not going to benefit us." Tahu Kukutai is from the University of Waikato’s National Institute of Demographic and Economic Analysis and says disquiet over data sovereignty has led to the formation of a new group to work on the issue, Te Mana Raraunga. Listen to an interview with Tahu Kukutai.

Keith Ng writes in The Spinoff, “Don’t get me wrong, open data is really important. … But in policy, data is just an important link in a very long chain; in democracy 2.0 (or whatever version we’re on now), open data is also just a link in a very long chain.” He also writes “Governance is about making decisions with imperfect knowledge. They have to be best guesses because inaction can be as catastrophic as incorrect action, and because sometimes solid knowledge is hard to come by.”

The New Zealand Council of Christian Social Services (NZCCSS) and the Child Poverty Action Group (CPAG) have commented on the use of big data and ‘social investment’ approach in the news sections of their websites (see e.g. Data the new King).

In the article Social change or social service? Who benefits from your work (2006), violence prevention advocate Paul Kivel writes about the economic pyramid and the role of non-profits, including questions to ask yourself. He begins,

“Social service work addresses the needs of individuals reeling from the personal and devastating impact of institutional systems of exploitation and violence. Social change work challenges the root causes of the exploitation and violence. … We need to provide services for those most in need, for those trying to survive, for those barely making it. We also need to work for social change so that we create a society in which our institutions and organizations are equitable and just, and all people are safe, adequately fed and sheltered, well-educated, afforded safe and decent jobs, and empowered to participate in the decisions that affect their lives.”

New Oxfam research (2017) found that two New Zealand men own more wealth than the poorest 30% of the adult population. It also found that the richest 1% have 20% of the wealth in New Zealand, while 90% of the population owns less than half of the nation’s wealth. A new international Oxfam report An economy for the 99% (2017) provided new estimates showing that just eight men own the same wealth as the poorest half of the world.

Māori and Social Issues (edited by Tracey McIntosh and Malcolm Mulholland, 2011) is available for loan from the Clearinghouse library

Munro (2007), The Dangers of Information Sharing considers the importance of confidentiality.

Government expands use of integrated data, analyses risk for children and youth

Speech to the Institute of Public Administration New Zealand, 18.02.2016