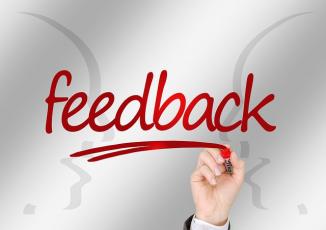 The Government has announced two consultations related to information sharing agreements and procedures.

The involved agencies have proposed an Approved Information Sharing Agreement (AISA) to allow information to be shared with the Centre, which would now also include Inland Revenue. In addition, the Accident Compensation Corporation (ACC), Ministry of Education, Ministry of Health and Ministry for Vulnerable Children are considering joining the GIC.

Minister Collins said “The Centre has been in place for around eight months and most of the agencies involved already share information on a case-by-case basis. But an information sharing agreement would mean the information can be shared more freely and efficiently.”

A discussion document, draft agreement and information about the consultation are available online.

Consultation is open until 23 December 2016.

The Government announced the GIC earlier this year as part of the Government's Gang Action Plan released in 2014.

Information Sharing between MSD and IRD

According to IRD, the consultation document contains proposals to:

Minister for Social Development Anne Tolley said “Under the proposals, MSD will be able to verify who qualifies for social housing support through IRD, rather than having to talk to the employer as they do currently.”

Consultation is open until 16 December 2016.

Concerns about use of 'big data', information sharing and privacy

Indigenous researchers have also questioned the use of data about Māori without a specific Māori data governance framework. A new report, Indigenous Data Sovereignty: Toward an Agenda (2016), was launched this past week at the Ngā Pae o Te Maramatanga indigenous research conference. Co-editor Tahu Kukatai said "So if my data have been linked up all over the show how do I know that that data is going to be used for my benefit or the benefit of my whānau or iwi. I think without having Māori right at the forefront of those conversations it's not going to benefit us." Tahu Kukutai is from the University of Waikato’s National Institute of Demographic and Economic Analysis and says disquiet over data sovereignty has led to the formation of a new group to work on the issue, Te Mana Raraunga. Listen to the full interview with Tahu Kukutai.

The Government has also recently announced legislation to create an information sharing framework to support agencies and professionals sharing information if they have concerns about the immediate or long-term safety of a child.