The Treasury has released a report, Characteristics of Children at Greater Risk of Poor Outcomes as Adults. The report examines the Integrated ... 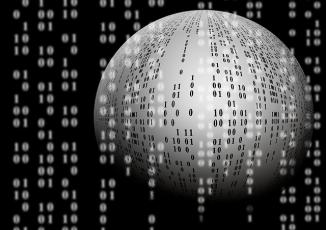 The Treasury has released a report, Characteristics of Children at Greater Risk of Poor Outcomes as Adults. The report examines the Integrated Data Infrastructure (IDI) data set for risk factors that could lead to poor outcomes for children.

This new report focuses on risk factors for children 0 to 14. Alongside the report, Treasury release a 6 page overview using infographics and a Social Investment Insights online mapping tool.

This new report and the online tool expand two reports published in 2015. These reports focused on risk factors for children aged 0 to 14 and youth aged 15 to 24. The reports all draw on the Integrated Data Infrastructure (IDI). The IDI is an integrated administrative dataset which Statistics New Zealand has been working to create since 2013, by collecting data from a number of government agencies including the Ministry of Social Development, Ministry of Health, Police, Child, Youth and Family and others.

The latest report found “A small number of key characteristics (or indicators) observed in the agency’s administrative data are highly correlated with poorer outcomes as young adults.” Specifically it identified the following indicators:

Finance Minister Bill English said, "Compared to 0-14 year olds with fewer than two of the four indicators, those with two or more indicators are:

Finance Minister Bill English said the intention of the information is to "... enable the social sector to create solutions and interventions to better help vulnerable people make positive changes to their lives."

In a speech to the Institute of Public Administration New Zealand, Mr English said,

"We're making this publicly available in part because service providers also need to understand the people they are trying to help. We want to open up more data sets to public scrutiny - with appropriate privacy controls - allowing NGOs and the private sector to do their own analysis and draw their own conclusions."

The report follows debate sparked by the Salvation Army’s annual State of the Nation report which questions the reliability of government data and targets.

In the 2015 Treasury reports, the authors cautioned that "While the results highlight the power of using integrated administrative data in new and innovative ways, some of the methods are exploratory in nature, and as such the results should be considered as preliminary, requiring further testing and development over time."

The infographics report also highlights that risk factors do not always lead to poorer outcomes and that "Measuring risk is inexact and services will always need to be flexible enough to provide support based on individual need."

The New Zealand Family Violence Clearinghouse has also recommended ways in which administrative data collection needs to be improved. For further information, see:

Further commentary and discussion is available in the media stories below.

Stuff reports that Finance Minister Bill English has expressed frustration about a lack of progress in reducing rates of domestic violence programmes.

Stuff reported he made the comments at a technology conference hosted by NZ Tech in Wellington, saying: "We have really had no impact, despite spending hundreds of millions of dollars on programmes, on the incidence of domestic violence in New Zealand. Really no impact at all."

Stuff reported that English made the comments in speaking about the government's social investment approach and use of integrated data.

Additional information is available about the Data Futures Partnership and the IDI from the previous NZFVC story, Government expands use of integrated data, analyses risk for children and youth.