Government expands use of integrated data, analyses risk for children and youth

New analysis of government data, using the Integrated Data Infrastructure (IDI), was released by Statistics New Zealand on 9 December 2015. The ... 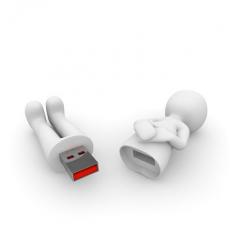 The report, Using Integrated Administrative Data to Identify Youth Who Are at Risk of Poor Outcomes as Adults, was prepared for Treasury. Using data from the Integrated Data Infrastructure (IDI), the report "summarises findings from an analysis of integrated administrative data seeking to identify the characteristics of young people aged 15 to 24 who are most at risk of poor longterm outcomes. The research is part of a broader 'social investment approach' by government agencies seeking to target services more effectively towards those most at need and reflects the recognition that such an approach requires better evidence about who these at-risk groups are."

Key findings include that "number of characteristics can be identified throughout a person’s early life that are predictive of future poor outcomes including early contact with government agencies such as Child, Youth and Family (CYF), demographic characteristics and geographic location, characteristics of the young person’s caregiver and early outcomes evident in data from the education, corrections, welfare and health systems. These can be used to quantify risk at an individual level and to identify the size and characteristics of at-risk groups of young people at different ages."

They also found that geographic location is strongly associated with risk of poor outcomes. The Far North, Kawerau, Opotiki and Wairoa were identified as having high proportions of young people experiencing poor outcomes however, the largest numbers of at-risk youth still live in larger urban centres such as Manukau, Waitakere, Hamilton and Christchurch.

The authors caution, "While the results highlight the power of using integrated administrative data in new and innovative ways, this is the first time some of the data has been used in this way, and as such, these results should be considered as preliminary and will need further testing and development over time."

They also note, "The scope of the study is limited by the nature and breadth of the information collected in agencies’ administrative systems and included in the IDI. For example, the administrative data used in this work provides only a partial picture of childhood adversity, service use and service costs."

Finance Minister Bill English said "On average, each person in this group will cost the Government over $100,000 in corrections and benefit costs between ages 25 and 34 – and much more than that over their lifetimes. The Government’s programme of social investment is about intervening early to help these people lead better lives – and save the taxpayer money in the long run." Further analysis of the IDI will be used to design services to respond to this group.

Ara Taiohi, the peak body for the youth sector, called for a strength-based approach to changing inequitable outcomes for young people and said the report was unlikely to contribute to this. Executive Officer Anya Satyanand said, "The IDI is a poor substitute for peer-reviewed research such as the Youth2000 report, because it tends to produce predictive risk modelling. Risk is the wrong lens for determining what services are provided. We need to be looking at the strengths that exist in each of the regions that have been identified in the report, and build on these."

She also said "Young people are most likely to be successful when their strengths are recognised and celebrated by their whānau and community. This report uses information collected across government to represent our young people as victims of geography, rather than focussing on an economy that is leaving them behind."

The IDI "combines information from a range of organisations (such as health and education data) to provide the insights government needs to improve social and economic outcomes for New Zealanders." Statistics New Zealand states that the data held is anonymised and confidentialised meaning individuals are unidentifiable. In 2011, the IDI captured economic, education, migration and business data. This was extended in 2013 to include justice and health and safety data. Tax, employment and crime data as well as Statistics NZ survey data are also included. The data can be used for research that is deemed to be in the public interest and approved by the Government Statistician.

A similar paper on 0-5 year olds, Using Integrated Administrative Data to Understand Children at Risk of Poor Outcomes as Young Adults, was released in September 2015. Analysis on children aged 0-14 is expected to be available in February 2016.

The Government has also established a group to help lead the development of a data-use system. The New Zealand Data Futures Partnership, announced on 6 August 2015, is tasked with championing the safe collection, use and sharing of government and business data and exploring the opportunities, risks and benefits for sharing data.

The working group will focus on three streams of work:

Members of the independent group were announced on 17 October 2015:

The Partnership was informed by a Cabinet paper released in August 2015. The paper noted that public trust in data-use was "tenuous" and hard to restore once lost.

Finance Minister Bill English said "The Data Futures Partnership is an exciting opportunity to potentially deliver economic and social value for New Zealand by solving issues that limit trusted data-use and innovation. I’m confident this diverse group of people has the knowledge and experience necessary to understand the issues and look for innovative solutions." The Partnership builds on the New Zealand Data Futures Forum launched in 2013.