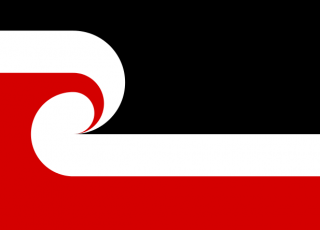 Radio NZ reported that Minister of Social Development Anne Tolley had spent the last few weeks visiting iwi around the country and talking to the Māori Party and it was clear the wording was not right.

Radio NZ reported that Māori Party co-leader Marama Fox said the issue was a deal-breaker for her party, and she was pleased the government was now bowing to pressure.

Green Party MP Jan Logie said "This is a huge victory for Māori organisations and communities who have campaigned strongly on the importance of tamariki Māori remaining connected to their whakapapa and in the care of their whanau, hapū and iwi."

Ms Logie also said "Getting the law right is one thing but the Government also needs to ensure CYFs and Māori organisations are properly resourced to be able to actually implement whānau-first placements, so that we can reduce the level of tamariki Māori in state care."

The Children, Young Persons, and Their Families (Oranga Tamariki) Legislation Bill has been heavily criticised for deprioritising placing Māori children in care with whānau, hapū and iwi by removing section 13(2)(g) from the Children, Young Persons, and Their Families Act 1989. This section gives priority, where practicable, to whānau, hapū, iwi and family group placements when a decision is made to remove a child or young person from their usual caregivers.

Following media reports that the Minister would reconsider the wording of the Bill, Minister Anne Tolley Tweeted "To be clear – we’re not going back to the drawing board. Through the select committee process some of the wording of the Bill may change but its intent won’t. We will not be reinserting the whānau first principle. Safety will always come first." Further information and responses are in the media coverage listed below.

Associate Professor Leonie Pihama from Te Kotahi Research Institute has highlighted a list of key flaws in the Ministry of Social Development report Outcomes for Children Discharged from CYF Care in 2010 (2012). This report is being cited as the basis for statements that Māori children returned home or placed in 'kin' care are at higher risk of reabuse. The flaws listed are:

"(i) lack of clear indications as to the what constitutes ‘kin’ care;
(ii) the inclusion of ‘friends of family’ in ‘kin’ care figures;
(iii) lack of information in regards to whānau included in figures;
(iv) no peer or external review of the document and the ways in which data is presented;
(v) no information as to how placements were determined;
(vi) no evidence or indication of any involvement of whānau, hapū , iwi or Māori organsational engagement in processes of placement;
(vii) no evidence of inclusive Family Group Conferences in regards to placement and return;
(viii) an assumption that CYFs itself devoid of any responsibility for determining how and where tamariki are placed and;
(ix) a deficit approach is taking throughout the report with the location of ‘blame’ on whānau and Māori more generally for repeat abuse when there is not indication that whānau, hapū or iwi had any decision making in any of the placement processes and with no meaningful or robust evidence to back that positioning."

Submissions on the Bill

Select Committee is currently hearing submissions on the Bill.

The Children's Commissioner's submission proposes an alternative version of section 13, clarifying that hapū, iwi, and wider family group would be given priority consideration both when a child is at risk of removal and after the decision is made that a child will be removed. The summary of key recommendations outlines specific concerns and the proposed alternative section 13 as well as a range of other suggestions. The Commissioner questions the lack of adequate focus on meeting the needs of Māori tamariki and rangitahi, saying:

"We can see little evidence that the new system has been designed with the needs of the majority of the children and young people it serves at the centre – that is, starting from a Māori world view. Rather, the Māori concepts introduced in the Bill give the impression of being secondary considerations for Māori children in addition to the purposes and principles that apply to all children who come into contact with the care and protection and youth justice systems."

The Commissioner also identifies "significant notes of caution" regarding the need for organisational culture change and transformational thinking.

Radio Waatea has livestreamed some of the public oral submissions to Select Committee on their Facebook page.

Parliament will eventually make written submissions public but several organisations have made their submissions available.

The Privacy Commissioner has also proposed an alternative version for Clause 38.

The NZ Law Society submission raises concerns that the proposed legislation is a fundamental change to child protection services that cannot be achieved through amendments.

Otago University Dean of Law Professor Mark Henaghan said "We're shifting the focus from what under the current legislation is a kind of minimum intervention, with regard to children who may be at risk, to an early intervention model."

UNICEF has said the proposed legislation is at risk of breaching the UN Convention on Rights of the Child.

Other submissions available include:

This week Minister Anne Tolley announced she will ask Parliament’s Social Services Committee to propose changing the name of the Children, Young Persons, and Their Families Act 1989 (the CYPF Act) to the Oranga Tamariki Act.

Update on submissions: All of the more than 300 submissions are now available on the Parliament website.

Submissions are open on the second piece of legislation to reform child care and protection services, December 2016

Treaty claim lodged on move away from whānau, hapū, iwi placements for children in care, December 2016

Is Anne Tolley competent to be Minister of Social Development? Blog; Jan Logie, 20.03.2017

Govt signals change of heart on child placements, but will not go back to 'whanau first', NZ Herald, 16.03.2017

Oranga Tamariki Bill goes back to the drawing board, tekarere, OneNews, 15.03.2017, also see the original broadcast on YouTube

Back to the table over controversial 'whanau first' clause, Government to soften stance, Stuff, 15.03.2017