The closing date for submissions on the Children, Young Persons, and Their Families (Oranga Tamariki) Legislation Bill has been has been extended ... 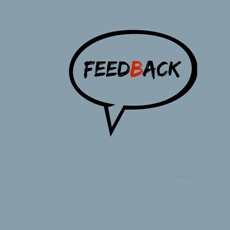 The closing date for submissions on the Children, Young Persons, and Their Families (Oranga Tamariki) Legislation Bill has been has been extended to 3 March 2017.

This is the second Bill introduced to reform child care and protection services. Submissions can be made to the Social Services Committee.

The proposals in this bill have been criticised for deprioritising placing Māori children in care with whānau, hapū and iwi. The Māori Women's Welfare League (MWWL) has filed a claim in the Waitangi Tribunal challenging the policy changes.

At a Ngāti Raukawa gathering in Ōtaki last weekend, Hon Dame Tariana Turia said that the legislation "cannot be allowed to proceed" and if need be she would march in the streets. She said, "If we can walk for our land, (and) if we can walk for our foreshore, we can certainly act for our tamariki."

In another recent speech at Te Herenga Waka Marae, Dame Turia criticised the proposed legislation and called for stronger protections of tamariki Māori. Dame Turia highlighted that language related to decisions about children or young people in care who are Māori allows exceptions to prioritising placement with and including whānau, hapū and iwi in the decisions about the child. She said:

"The qualifiers matter. The moment that hesitancy creeps into legislation, is the moment that we move towards a future where anything goes, where the state is defining the 'common denominator' as perhaps not so important to matters of identity, connection and belonging as tangata whenua believe."

"We think that whānau, hapu and iwi are best place to look after children who have been removed, into the state's hands, and we think that if they're given the opportunity in their own cultural context within their own heritage and legacy then that helps the child and helps relieve some of the pressures."

In response to questions about the reforms, the Prime Minister said:

"There’s ongoing discussion about it, I mean part of the discussion is about everyone understanding what’s already in the legislation which the government believes is in pretty good shape, there’s some other views that it needs to go through in this clause and that clause and what needs to be changed, and we’re open to that discussion."

The Prime Minister was also quoted as saying "There'll be a pretty open public discussion." However, Radio NZ reported that while the government is open to changes, the Prime Minister said it would not be "anything dramatic."

Marama Fox threatening to walk away from the government if vulnerable children legislation doesn't change, Stuff, 15.02.2017