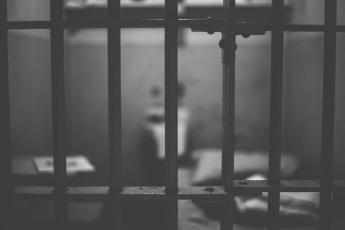 The first report from Te Uepū Hāpai i te Ora, the Safe and Effective Justice Advisory Group looking at criminal justice reforms was released on 9 June 2019.

The interim report, He Waka Roimata (A Vessel of Tears) (2019), summarises the feedback and ideas Te Uepū heard through their website, social media and events. This includes feedback from victims, offenders, whānau, families, communities, service providers and the wider public. It also includes feedback from the Hui Māori: Ināia Tonu Nei and the Strengthening the Criminal Justice System for Victims workshop.

“The overwhelming impression we got from people who have experienced the criminal justice system is one of grief. Far too many New Zealanders feel the system has not dealt with them fairly, compassionately or with respect - and in many cases has caused more harm.

We heard that the current system simply isn’t delivering effective justice, and a 60 per cent reoffending rate within two years of a person leaving prison is some evidence of its ineffectiveness. We’re hearing that many victims are left with a sense that justice has not been done. People are feeling let down at their most vulnerable time.

And for Māori the legacy of colonisation comes in many forms, many of them with tragic consequences, as is the case in all colonised countries where indigenous peoples are over-represented in prison. This legacy is a gross unfairness and something we should not tolerate in New Zealand."

The report is primarily focused on exploring the following major issues, with a chapter dedicated to each:

Te Uepū states that the number of Māori in the justice system is a crisis and that racism is embedded in every part of the justice system. In Chapter 5, focused on Māori, Te Uepū writes about racism and colonisation:

"We heard that, for Māori, the impact of colonisation, neo-colonial practices and racism are everyday experiences that undermine, disenfranchise and frequently conspire to trap them in the criminal justice system. We heard that the criminal justice system has been used to actively weaken and undermine Māori culture and identity. We also heard these are confronting and difficult concepts for many non-Māori." (page 24)

Te Uepū also heard from Māori "that they still hold hope for change. They told us solutions for Māori exist, but they must be led locally and by Māori if they are going to work and be sustained over time." (page 3)

Te Uepū also heard that for the justice system to change, there must be constitutional change. In particular, honouring the promises of Te Tiriti o Waitangi and "... culturally informed, adaptive solutions to the problems of social harm and crime, and to work in equal partnership with government agencies to respond to these challenges." (page 24)

Chapter 6 focuses on family and sexual violence. Te Uepū heard from many people about the substantial harm from family violence and that:

"... the criminal justice system is not working effectively to prevent or address this violence and is frequently exacerbating it. People told us that services directed at family violence are too fragmented, underresourced, often poorly targeted and ineffective. They said processes are too drawn out (particularly for children), and too many people working in the system lack the skills, understanding and support they need to effectively help those who experience family violence." (page 29)

Wider challenges include the siloed and fragmented services as well as issues arising from family violence being addressed in two different jurisdictions of the court: family justice and criminal justice. They also heard that agencies designed to support families in these processes, including Oranga Tamariki - Ministry for Children, were frequently not well aligned.

"We also heard that those who experience the violence of a sexual assault have among the worst experiences of any group in the criminal justice system, and our responses are not always the most effective." (page 29)

Te Uepū heard that from people that while sexual violence offences caused serious harm, "... the criminal justice system response had been worse." (page 32) Te Uepū heard about a number of issues including: delays in processing complaints, failure of the system to provide safety, difficult and intrusive processes to gather evidence, lack of understanding by authorities, damaging stereotypes about the nature of sexual violence, adversarial nature of the criminal justice system, lack of support to navigate the system or deal with the harm from the event, and the inability of the system to meet the needs of some groups.

In his foreword to the report, Te Uepū Chair Chester Burrows writes:

"To recognise the need in this area and do nothing is unintelligent, uncivilised and unfathomable. Encouragingly, it seems an increasing number of people are willing to step up and meet the challenges. The system does not lack examples of innovation and success, but these need to become the norm, and this will take time."

Te Uepū Group will now develop recommendations to present to the Government in their final report.

The missing Māori inside the agency that investigates police misconduct, The Spinoff, 17.06.2019

Restoration, not punishment, is key to criminal justice reform for Māori, The Spinoff, 12.06.2019

Justice Minister says the system needs to get better at turning around people's lives, NZ Herald, 09.06.2019