A Hui Māori was held at Te Papaiouru Marae in Ohinemutu in April 2019, to discuss criminal justice reform.  The Government held a Criminal ... 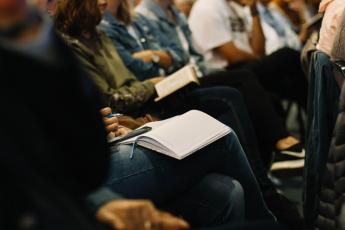 A Hui Māori was held at Te Papaiouru Marae in Ohinemutu in April 2019, to discuss criminal justice reform.

The Government held a Criminal Justice Summit in August 2018 to launch the criminal justice reform. Following questions as to whether there was adequate involvement of Māori, representatives from eleven rohe (areas) across Aotearoa New Zealand came together to discuss the need for Māori responses to criminal justice reform. As a result, Te Ohu Whakatika (TOW) was established and tasked with convening a hui, supported by the Ministry of Justice.

A report with the key messages of the hui is to be disseminated to Ngāi Māori and all Ministers relevant to the Justice Sector. The report is intended to inform the wider Hāpaitia te Oranga Tangata – Safe and Effective Justice work.

Update: The report from the Māori Hui, Ināia Tonu Nei – The Time is Now: We Lead, You Follow (2019), has been published. See the Beehive Press Release.

The Minister for Pacific Peoples Aupito William Sio hosted a Fono in March 2019 to ensure that perspectives and feedback from Pacific people were included in the Government's work to reform the criminal justice system.

Justice Ministry stops paying for cultural reports for Māori and Pacific offenders, despite popularity, One News, 06.05.2019