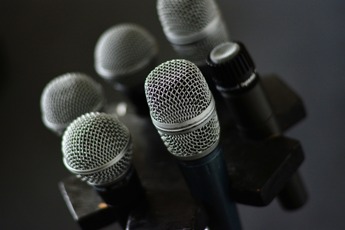 Dr McGregor shared preliminary results from the Strengthening the Criminal Justice System for Victims Survey. More than 600 people completed the survey. Dr McGregor said "There is still a long way to go to provide victims with the support and guidance they need when navigating the criminal justice system," noting that 57% of people who completed the survey said they had a poor or very poor overall experience of the criminal justice system.

Media outlet Newsroom reported additional findings from the survey including "... 78% said they didn’t have enough information and support; 76% said their views and concerns weren’t listened to; and 82% said the system wasn’t safe for victims." Newsroom also reported that Dr McGregor called for an overhaul of the criminal justice system saying it is offender-centric. The report has not yet been publically released.

At the workshop, Victim Support also released preliminary findings from their qualitative survey of victims. The findings were similar with 59% of the victims who were interviewed reporting they had no faith in the justice system and 68% feeling justice had not been served in their case. Researcher Dr Petrina Hargrave said:

“For many, seeking justice was about keeping themselves and others safe, but there was a fear that engaging in the justice system would actually pose a risk to their safety, both physically and emotionally.”

Under-Secretary to the Minister of Justice for family and sexual violence Jan Logie also spoke at the workshop. She highlighted some of the work that will be coming later this year, including proposals to Cabinet on improving how the justice system responds to victims of sexual violence, building on the work of the Law Commission. Jan Logie went on to share other issues raised by victims and discussed potential international models for involving victims/survivors in improving policy and practice such as the Victim Survivors Advisory Council in Victoria, Australia and SEEDS (Survivors Empowering and Educating Services) in Wales as well as welcoming reflections on indigenous examples. She also acknowledged agencies currently working to collate and communicate the experiences of victims.

The Government held a Criminal Justice Summit in August 2018 to launch the criminal justice reform. During and after the summit, questions were raised about whether the summit focused too heavily on offenders without sufficient focus on victims and whether there was adequate involvement of Māori.

In his speech at the victims' workshop, Justice Minister Andrew Little said the workshop was held in response to calls for a dedicated session on victims’ issues. For more information see the feedback from the criminal justice summit which lists six themes including victims need better support. Feedback from the victims' workshop along with the survey results will inform the recommendations to the Justice Minister on criminal justice reform.

A dedicated hui for Māori perspectives on justice reform has also been scheduled. Hui Māori: Ināia Tonu Nei is an event led by Māori, for Māori voices, government ears and collective action.