Cabinet paper and updates on development of MVCOT

Minister for Children Anne Tolley has provided updates on the development and implementation of the Ministry for Vulnerable Children, Oranga ... 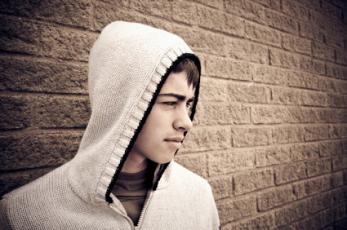 Minister for Children Anne Tolley has provided updates on the development and implementation of the Ministry for Vulnerable Children, Oranga Tamariki (MVCOT).

A Cabinet paper has been released which outlines progress on designing and implementing the new operating model for MVCOT in the three months after the Ministry was established on 1 April 2017. It is the first official release of information and notes that the key current challenge is "balancing the need for a fundamental and system wide transformation, with the requirement to deal with immediate issues and crisis management, and respond to legacy issues." (p.2)

Below, media releases from the Minister provide information on developments.

"Budget 2017 invests $11.79 million to support the development and implementation of more effective, timely and child-centred feedback and complaints systems. The existing complaints processes and systems are no longer fit for purpose. Our Youth Advisory Panels told us that they are complex and not easily accessible or focused on children and young people. We need better systems in place so children and young people can easily share their concerns and provide feedback. We also want to more effectively resolve any concerns that are raised, and ensure that insights gained are used to improve how we support and care for young people."

Mrs Tolley said procurement process will begin shortly for a software system to capture complaints from children and young people and Ministry staff, enabling the Ministry to analyse data and improve how services are delivered. It is expected that the new system will be up and running in early to mid-2018.

The Ministry will also run a full trial of the UK developed ‘Mind of My Own’ app which enables young people to express their views and provide feedback on the services they receive.

Mrs Tolley also said a new trial will start for the direct purchasing and brokerage of services for children and young people in care or at risk of coming into care. She said if services designed to address the health, social, emotional, education and care needs identified for children are not available or cannot be accessed in a timely way, then the team will be able to purchase the service directly from the provider. The trial starts in Waitematā DHB and Bay of Plenty DHB, with a third DHB to be confirmed.

Earlier, Mrs Tolley announced a new pilot which provides semi-independent accommodation and life skills for young people transitioning out of care. The Ministry for Vulnerable Children, Oranga Tamariki is working in partnership with three providers in Auckland and Wellington to pilot the supported living arrangement for young people.

A new handbook for caregivers has been published, providing information on universal health and education services available to 0-18 year olds. The Hand in Hand Book aims to make it easier for caregivers to find the information they need to access services for children and young people in their care.

The latest newsletter from Chief Executive for the Ministry for Vulnerable Children, Oranga Tamariki Gráinne Moss, highlights progress of the Ministry in the first six months of operations. Ms Moss said "We have a new practice framework in development, new national care standards are being drafted, and we’ve start working on co-designing our Youth Justice system." The Ministry has also provided updates on support for caregivers and extending contracts for some service providers.

Auckland University of Technology's Policy Observatory has published an independent reviews of the Government's child protection reforms. The report, The Child Youth and Family Review: A Commentary on Prevention (2017) was written by Dr Emily Keddell from the University of Otago. The report identifies eight points of tension in how the reforms address child abuse and neglect:

A research project being lead by Dr Anne Scott from the University of Canterbury is looking at issues for parents with mental illness and/or addiction issues, including services' responses to parent anger.

'Ask us for that help' - Ministry for Vulnerable Children moves to regain public trust and confidence, One News, 15.11.2017

From Nia Glassie to Moko Rangitoheriri: Why are we still killing our kids?, NZ Herald, 29.07.2017

Child protection and why we must understand parent anger too, Radio NZ, 13.07.2017