The Privacy Commissioner's report on the inquiry into the Ministry of Social Development's benefit fraud investigations (released May 2019) included ... 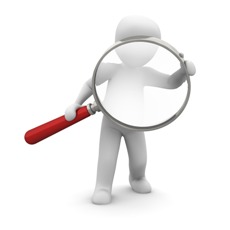 The Privacy Commissioner's report on the inquiry into the Ministry of Social Development's benefit fraud investigations (released May 2019) included identifying issues related to domestic violence.

The Office of the Privacy Commissioner inquiry found "... the Ministry of Social Development (MSD) systematically misused its investigatory powers while pursuing benefit fraud, unjustifiably intruding on the privacy of many beneficiaries."

Under the Social Security Act, MSD has the power to collect information about a person who is receiving a benefit to assess their eligibility. This practice is governed by the Code of Conduct. In 2012, MSD advised their fraud investigation staff that they could go directly to third parties for information about a beneficiary without asking the beneficiary first. Information collected included text messages, domestic violence and other Police records, banking information and billing records from a range of providers.

Seven of the 17 sample investigation files reviewed in the inquiry involved investigations of "marriage type relationships" and contained indications of domestic violence or abuse. In half of these, a debt was established against the individual.

"Marriage type relationships" investigations concern whether the individual is in a relationship "in the nature of marriage" to decide if the person is entitled to a single person or a couple rate of assistance (the former being higher than the latter).

"Ruka v Department of Social Welfare makes plain that a relationship ‘in the nature of marriage’ must involve financial support or interdependence, accompanied by a continuing emotional commitment. The judgment observed that there is a level of violence that if present in a relationship would serve to negate or undermine any emotional commitment."

The Commissioner went on to write:

"Because a relationship is made up of many elements it can be difficult to establish whether it is of the significance anticipated by the term ‘in the nature of marriage’. The views of the individual accused of being in such a relationship should therefore be sought, particularly in cases where the Ministry suspects that violence may be present in the relationship.

There may also be a risk to the personal safety of an individual in a potentially violent relationship if assessments are not made on a case by case basis as to the most appropriate manner to engage with parties. This could be the individual or third parties. The Ministry assures us that in this area, case-by-case assessments are standard practice. It is my view that if the Ministry wish to know whether an alleged relationship contains violence they should ask the individual involved, unless to do so would put that individual at risk.

I am concerned that if the Ministry’s practice of gathering this type of information were widely known, individuals could be discouraged from seeking Police support out of fear the Ministry could use the information against them in the future."

The Commissioner found that some of the information gathered was "highly intrusive." Specific to domestic violence records he noted:

5.20 The Ministry generally frames its requests as demands for all ‘Police reports of domestic incidences involving the above-named persons, for the purpose of confirming a marriage type relationship’. Many of the requests we have reviewed ask for up to a decade’s worth of information about individuals.

5.21 Even where the Ministry has legitimate reasons for collecting this type of information, it is nevertheless highly intrusive."

"... underlines the complexity of the cases investigated by the Ministry and the need for clear training and guidance to investigative staff on issues such as domestic violence. The case also highlights the importance of case by case assessments of the most suitable evidence to seek and information gathering methods for investigations."

The full report, Inquiry into the Ministry of Social Development’s Exercise of Section 11 (Social Security Act 1964) and Compliance with the Code of Conduct: Report by the Privacy Commissioner pursuant to section 13(1)(m) of the Privacy Act 1993 (2019), is available online.

MSD stated it accepted the recommendations of the reported and noted they have made the following changes:

MSD also said staff are available to answer questions from people who have concerns about their fraud investigations.

MSD previously announced in October 2018 that they would review the process for handling fraud investigations. MSD also launched its Privacy, Human Rights and Ethics Framework at that time.

A report written by Catriona MacLennan and published by the Child Poverty Action Group (CPAG) in 2016 ("Kathryn's story") has previously highlighted related issues around violence, relationship status and benefit fraud.

A 2018 report from the Australia-based National Social Security Rights Network, How well does Australia’s social security system support victims of family and domestic violence?, identified a number of issues with the welfare system for women who were victims of domestic and family violence.

The final report from the Government commissioned Welfare Expert Advisory Group (WEAG) was released in May 2019. The Ministry of Social Development and Oranga Tamariki - Ministry for Children have also published two evidence briefs exploring the link between child protection and welfare policies, including sanctions. For more information see our previous story Welfare Expert Advisory Group report released; research on child protection and welfare.

Everything you need to know about the report into beneficiary fraud investigations, The Spinoff, 16.05.2019