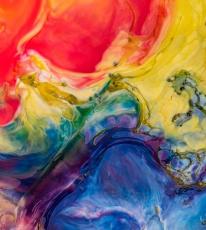 The poster competition is designed to highlight E Tū Whānau's movement for positive change in response to violence:

To enter the competition posters need to feature one of the following E Tū Whānau values:

The poster must incorporate the value as a theme, as well as the word and the related colour. For more details see the poster competition rules and information and follow the E Tū Whānau Facebook page.

In addition to prizes, winning entries selected by the judges will be used to create new posters for the E Tū Whānau values. See the winning posters from the 2018 competition.

Update: E Tū Whānau has announced the winners of the 2019 Poster Competition. All entries can be viewed in the poster competition gallery on the E Tū Whānau Facebook page.

E Tū Whānau also runs the E Tū Whānau Rangatahi Film Challenge in collaboration with Māoriland. The challenge encourages rangatahi up to age 24 to create films about their perspective as young people in Aotearoa New Zealand.

Films were submitted from around the country and awards presented at the Māoriland Film Festival, held 20-24 March 2019 in Ōtaki. In addition there will be a people's choice award - people can view and vote on the films until 14 April 2019.

Update: Workshops are now open for the next E Tū Whānau Rangatahi Film Challenge. Rangatahi aged 12 - 24 can participate in the two-day intro to film workshops. The workshops are being held in June and July in five locations around the country.