With ongoing public attention on sexual harassment and assault in the workplace, organisations and sectors remain in the spotlight. In May, the ... 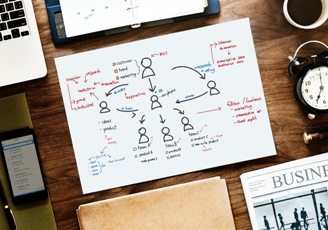 With ongoing public attention on sexual harassment and assault in the workplace, organisations and sectors remain in the spotlight.

The Human Rights Commission (HRC) is the national body responsible for handling enquiries and complaints about discrimination and racial and sexual harassment issues, among other activities to protect and promote human rights.

In February, Justice Minister Andrew Little ordered a review of the procedures and organisational culture at the HRC after an intern was sexually harrassed/assaulted by a senior employee at a work party and concerns were raised about the process that followed. The independent review was conducted by retired Judge Coral Shaw.

The Government published the report from the review, Ministerial Review of the Human Rights Commission in relation to the internal handling of sexual harassment claims and its organisational culture (2018). The review examined internal processes for handling claims, governance and management structures that support these processes, and organisational culture. For each area the report details conclusions and recommendations.

In the Executive Summary, Judge Coral Shaw noted "... the HRC should be an exemplar employer in relation to matters of human rights violations in its own workplace." The review reported that "some sexual harassment has occurred within the HRC, but it is not prevalent or endemic." A range of organisational issues emerged from the review.

In relation to processes for handling claims, it was found that the 2009 policy applied to the recent incidents was outdated, not specific to sexual harassment, not known among staff and not correctly followed. There was a lack of human resource support. While the HRC has updated their policy and processes, staff were not adequately involved in the update process.

In relation to the organisational culture, the structure of the HRC was found to be problematic. Despite this, it meets its national and international responsibilities and maintains a good reputation as a champion of human rights in New Zealand. The report notes there has been a chronic lack of resources due to a long-term government cap on funding. Specifically, the report states "... the Chief Executive cannot operate effectively given the structure, the lack of a unified Board, and resource constraints."

The report outlines 31 recommendations. Of those, 25 relate to the governance and management structure and the organisational culture. The recommendations cover a range of actions:

“It is vital that New Zealanders have trust and confidence in the Human Rights Commission as New Zealand’s authority for dealing with complaints about sexual harassment. I am currently awaiting advice form the Ministry of Justice. I will also meet with the State Services Commission today to discuss the next steps to fulfil the report’s recommendations. I have spoken to all Commissioners and the CEO, and I will now deal with the question of Commissioner appointments, as a matter of priority.”

The HRC said it accepts the recommendations in the report and was working to address some of the recommended changes. Listen to comments from Minister Little about the release of report. For additional commentary see the media links below.

Dame Susan Devoy published an article in response to the review findings. She praised the hard work of the staff and said:

"I can only speak on my own behalf to say that I am devastated and deeply sorry that we failed to protect, support and nurture the commission’s most important asset: our people. The things our people endured should never have happened in any organisation, let alone ours."

"... it’s time to step back and reflect on what’s happened and how we can make sure it never, ever happens again. I hope that other boards and management groups read the ministerial review into the commission as there are things to learn from what our staff went through."

The senior employee who the complaint was against remains employed by the Human Right Commission with some disciplinary action being taken.

The Law Society commissioned Colmar Brunton to carry out a survey of more than 13,000 lawyers in New Zealand about workplace environments in the legal profession. The survey is part of a number of actions the Law Society is taking to address sexual harassment in the profession after media highlighted serious issues of sexual harassment and assault.

Results from the survey have been published in a report. Just over 3,500 lawyers completed the survey on general stress and wellbeing, sexual harassment and bullying. The survey found that:

In response to the survey, Law Society President Kathryn Beck said the results showed there is a "cultural crisis in the New Zealand legal profession". She said:

"This is about the legal profession. New Zealanders expect our profession to operate to the highest standards of integrity with a commitment to fairness, equity and justice. This survey makes it crystal clear that we are not meeting that expectation, we are failing to keep our own people safe and we cannot stand for this."

Update: The Law Society is seeking expressions of interest from lawyers to participate in a task force on system and culture change in the legal profession.

Other organisations responding to harassment and abuse

For information about other organisational responses see our previous stories on NZ Rugby and the NZ Defence Force. Also see our story on Sexual harassment and assault highlighted on International Women's Day for information about the #metoo and #togetherinblack campaigns.

The NZ Herald has reported findings from an independent report investigating how the Air Force responded to historic sexual abuse, harassment and bullying complaints. The NZ Defence Force released the report to the NZ Herald under the Official Information Act.

Following sexual harassment and assault occurring at a Labour summer camp, the Labour Party announced an independent review of their policies and procedures. The review is currently being conducted.

Media outlet Stuff has previously reported that Women's Minister Julie Anne Genter said the Ministry for Business, Innovation and Employment would begin collating data on complaints of sexual harassment in the workplace. Details have also been reported about further Government plans to address workplace sexual harassment.

See the media links below for other organisations' internal reports and responses to sexual harassment.

A new resource from the US provides brief general guidance for all levels of management and employees on addressing sexual harassment, misconduct and abuse in the workplace. The guidance is presented in the form of open letters. There are four different letters to CEOs and board of directors; human resource executives staff; managers and supervisors; and employees. The resource has been developed by a sexual violence prevention agency in partnership with human resource consultants.

Gender Equal NZ recently published results from the first survey of gender attitudes in Aotearoa New Zealand. The survey found that while 79% of New Zealanders agreed gender equality is a human right, some people still hold strong ideas about gender roles that can contribute to gender inequality.

Promundo, a global agency working on gender justice and violence prevention, has published a new research brief on toxix masculinity and sexual abuse. The brief, Unmasking Sexual Harassment: How Toxic Masculinities Drive Men’s Abuse in the US, UK, and Mexico and What We Can Do to End It (2018), shares results from a survey of more than 1,000 young men each in the US, UK, and Mexico. The researchers explored young men’s views about manhood and sexual harassment. Also see their detailed report, Masculine Norms and Violence: Making the Connections (2018).

ANZ trader was grilled over her rape as part of US sexual harassment case, Stuff, 08.08.2018

Law Society hit with a double whammy of accusations in the wake of sexual abuse and harassment survey, Stuff, 02.06.2018

Legal workplaces sign up to Gender Equality Charter - what are you waiting for?, Law Society media, 31.05.2018

Dame Susan Devoy says HRC staff should not have had to endure what they went through, Stuff, 27.05.2018

Analysis: The road to the truth about the Human Rights Commission, Stuff, 15.05.2018

Kāpiti councillor convicted of sexual assault says he was set up, 24.05.2018

Wellington City Council praised for plan to stamp out sexual assaults in the city, Stuff, 23.05.2018

No apology from councillor accused of being 'heavy handed' over prevention of sexual violence in Wellington, Stuff, 22.05.2018