The Warehouse Group has launched a new initiative supporting employees who are victims of family violence. The Family Violence - It's Not OK ... 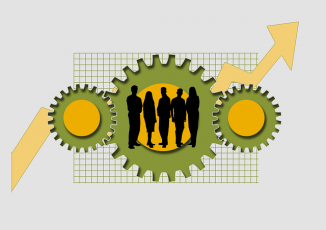 The Warehouse Group has launched a new initiative supporting employees who are victims of family violence.

Paul Walsh, the Group General Manager Community and the Environment says the initiative "makes clear that family violence is not OK, but that asking for help is, and [the employee] will be supported by the company’s human resources procedures." He said the company will work closely with professional agencies to support victims and perpetrators of family violence.

The initiative was warmly welcomed by Women's Refuge. Chief Executive Dr Ang Jury said "Women experiencing domestic violence often find holding down work very difficult. They may experience violence while they are at work (through stalking) or need to take time off to deal with their injuries, or those of their family members. However, having stable employment is a critical factor in their ability to eventually leave their violent relationship. By the Warehouse acknowledging that domestic and family violence is unacceptable and putting in measures to protect and support their employees, it is making a significant difference to those whose lives are shattered by violence."

The economic impact of domestic violence was also the focus of debate at the 2015 Annual Women's Debate held at the Royal Society of New Zealand in July. The debate panel included Greens co-leader James Shaw, National MP Alastair Scott, Labour MP Kelvin Davis and New Zealand First Party Leader Rt. Hon Winston Peters. The panel were asked to speak about the economic impacts of domestic violence and how their party intended to respond to the report recommendations.

Suzanne Snively said, "Workplaces provide a major impetus for breaking the cycle. They can be places for collegiality and innovation. When they are, staff are actually team members who work together to provide the quality services and goods in an environment that epitomises people-culture, productivity and profitability. These, in turn, are the factors that drive economic prosperity in New Zealand. [...] But, experience in New Zealand to date indicates that there are barriers to the implementation of work place protections due to some employer attitudes. These barriers are due in part to ongoing denial about what for them is a hidden problem. Those employers commonly articulate a misunderstanding of the effectiveness of workplace Health and Safety initiatives, overstating the direct costs of new initiatives and understating the more dispersed benefits of both cost savings and productivity gains."

The University of New South Wales' Gendered Violence Research Network hosts a Gendered Violence and Work program which provides comprehensive, in-depth, gender-sensitive and tailored workplace strategies to address the effects of domestic, family and sexual violence on employees and the organisation. In addition to research, the program offers customised advisory and training services.

The Warehouse helps new parents as well as staff with family violence, Stuff, 16.09.2015

The Warehouse is 'changing the language around how we think' about domestic violence, TVNZ, 15.09.2015