Australian telecommunications company Telstra has announced a new policy which provides staff who are victims of domestic violence ten additional ... 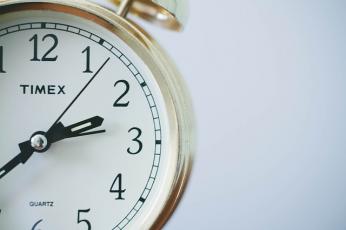 The Family Violence Support Policy was launched on 24 November 2014 to coincide with the International Day for the Elimination of Violence Against Women. It allows full-time employees to use the leave for reasons such as medical appointments, legal advice or counselling. The leave would be available to anyone experiencing domestic violence, even if they were not the direct victim, and it could be applied for retrospectively.

Telstra says the policy is reflective of the organisation's strong commitment to safety, workplace flexibility and gender equality. Chief Talent Officer, Katherine Paroz said "This is a legitimate form of leave and as an iconic Australian organisation we see it as important that we have a prominent role in tackling violence against women. We want our people to have long careers with us, to trust us and respect us as an employer."

The move is expected to support a submission by the Australian Council of Trade Unions' (ACTU) to the Fair Work Commission review of modern awards. This aims to require all employers to offer 10 days paid domestic violence leave for permanent staff, and 10 days unpaid leave for casuals. Currently around 1.6 million workers have access to domestic violence leave in agreements due to enterprise bargaining. If successful, the union campaign would extend provisions to another 1.5 million mostly low-paid workers.

ACTU President Ged Kearney said "This is a breakthrough into the corporate sector and ­hopefully it will set a trend ... On the employer side, the ­corporate sector must understand the costs associated with losing good employees. Often helping women through this situation means they are holding on to a very good employee."

The Communication Workers Union said because the leave was provided for by policy, rather than being part of an award or enterprise agreement, the entitlement was not enforceable and the amount of leave an employee received would be at the discretion of management.

For information and resources on domestic violence and the workplace for victims, employers or unions visit the Safe at Home Safe at Work website by the University of New South Wales, Australia.

In New Zealand, the Public Services Association (PSA) has been working to highlight the importance of treating family violence as a workplace issue. The PSA commissioned the report Productivity Gains from Workplace Protection of Victims of Domestic Violence by Sherilee Kahui, Bryan Ku and economist Suzanne Snively, which found domestic violence costs employers $368 million a year, a cost which could be avoided through introducing workplace protections.

The Member's Bill Domestic Violence - Victims' Protection proposed by Green MP Jan Logie, aims to enhance legal protections for victims of domestic violence through a series of amendments. The Bill is yet to be drawn from the ballot.