A progress report from the Working together to achieve whānau wellbeing in Waitematā project has recommended a backbone type of support for ... 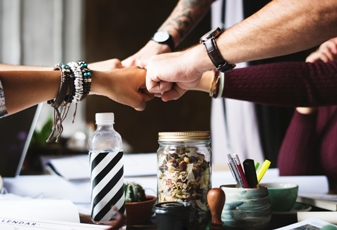 A progress report from the Working together to achieve whānau wellbeing in Waitematā project has recommended a backbone type of support for the primary prevention of family and sexual violence.

The project was a collaborative effort to look at ways to increase community-led primary prevention of family and sexual violence. Project partners included the Waitākere, North Shore and Rodney family violence networks, and central and local government agencies.

The formal project activities were completed in 2016. Project partners have been working on integrating the learnings and tools from the project in their networks and with additional agencies and communities. Six months on, Auckland Council commissioned a progress report with support from the Ministry of Social Development.

When looking at opportunities for continuing and future work, the report states:

"It should be noted that the impact achieved to date has occurred in the absence of any specific ongoing funding or co-ordinated support, and is based on the momentum of the original project investment. This assessment highlights the possibility of what could be achieved with dedicated support to sustain and accelerate momentum."

The report goes on to identify four specific key learnings including a recommendation to develop a backbone of support. The four key learnings are:

The progress report also notes "... that none of the recommendations from the original report have been fully realised. Dedicated backbone type support would help ensure that this critical progress is made."

For more information, see our previous story about the project and the initial report from the project.

Some of the partners in the project launched the Auckland Humanity Project (a social media primary prevention campaign) in March 2017. An 8 Weeks of Humanity campaign was then run in September.

Also in March 2017, a regional wānanga was held on preventing violence - see the presentations and videos. The wānanga was hosted by Auckland Council with the support of the Accident Compensation Corporation.

In 2015, UN Women released A framework to underpin action to prevent violence against women.

In Australia, Our Watch provides a range of resources including frameworks, toolkits, research, reports and infographics.