A number of amendments to existing legislation which aim to better provide for victims of crime came into effect on 6 December 2014. The Victims ... 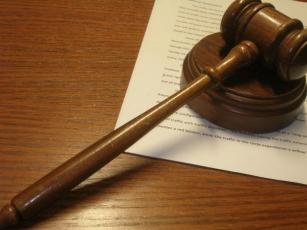 A number of amendments to existing legislation which aim to better provide for victims of crime came into effect on 6 December 2014.

The Victims of Crime Reform Bill passed its third reading in Parliament on 27 May 2014 and was divided into a four-part bill. The objectives of the Victims of Crime Reform Bill were to strengthen the existing legislation to better provide for victims of crime, widen the rights of victims of serious offences, provide more opportunities for victims to be involved in criminal justice processes and ensure victims are better informed of their rights. The following outlines the bills and their application.

Part One: Victims' Rights Amendment Act 2014. The Victims Rights Act 2002 has been amended to strengthen and extend the application of general rights for victims and increase the rights of victims of serious offences. Specifically the Act:

Part 3: Parole Amendment Act 2014. The Parole Act 2002 has been amended to allow a victim to request information on the offender to assist the victim in making a submission to a parole hearing. The victim will automatically receive further information for each subsequent hearing if parole is not granted.

Part 4: Sentencing Amendment Act 2014. The Sentencing Act 2002 is amended to increase victims' access to restorative justice by establishing a formalised process for court-referred restorative justice pre-sentencing. Judges are required to refer eligible cases when informed by the Registrar that an appropriate service is available. The Bill also clarifies court reparation orders can include costs consequential on injury not covered by ACC.

When the Victims of Crime Reform Bill passed through Parliament, Justice Minister Judith Collins said "The experience of crime and its aftermath can be extremely stressful for victims and their families. The passage of this Bill confirms this Government’s commitment to creating a justice system that treats victims with dignity and respect. We’re ensuring victims’ are supported, their rights are protected and their voices in our criminal justice system remain strong."