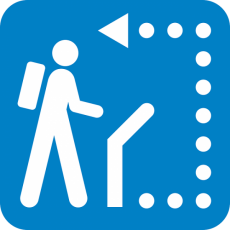 The Victims Code seeks to better support victims of crime. Amendments to the Victims Right Act 2002 in December 2014 required the Ministry of Justice to develop a Victims Code which outlined victims' rights and services, complaint processes, and the duties and responsibilities of agencies.

The new Code explains what victims can expect from criminal justice agency services at each stage of the criminal justice process. The Code outlines 11 victim rights, including the right to:

The Code also provides for a complaints process which requires government agencies that work closely with victims to record and report annually on all complaints received about the rights contained in the Code.

The Government consulted with agencies on the content and structure of the Code and sought feedback on how easy the Code is to understand and how best to promote the Code to victims and organisations which support victims.

Minister Adams said "We want to ensure that victims who end up in the justice sector through no fault of their own know their rights and what services are available to them during what is often a very difficult time. Our aim is to ensure that victims’ experience with the justice sector is as stress free as possible. One way of doing this is to improve the way justice services and information is provided to victims."

The Victims Code is available on the updated victims information website. The Victims of Crime Information Line is operational 24 hours a day, seven days a week from 1 October 2015.

Update: Justice Minister Amy Adams announced the appointment of Dr Kim McGregor, QSO, as Chief Victims Advisor to Government on 12 November 2015. The Chief Victims Advisor is responsible for "providing the Government with independent advice on legislative, policy and other issues relating to victims of crime." Amy Adams said "Dr McGregor will also assist the Government in fulfilling our election promise to make the New Zealand justice system more responsive and easier for victims to navigate as part of a wider strategy to improve services and support for victims and witnesses."