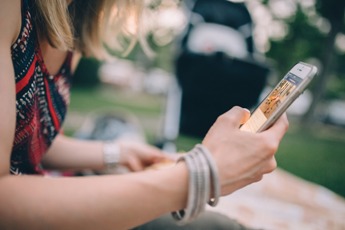 The report, Online Harassment: The New Zealand Woman’s Experience, summarises findings from an online survey of 536 women over age 18 conducted in February 2016. Respondent demographics and information on how the survey was conducted are not provided.

Of the women who completed the survey, 52% had experienced online harassment. This number rose to 72% of women under age 30. More than 60% in all age groups thought that online harassment is a serious problem in 2016 and the problem is getting worse.

The study found that women experienced a wide range of types of harassment including: unwanted contact, trolling, character assassinations, cyberbullying, sexual harassment and threats of physical violence, rape and death.

Of the women who completed the survey, one in seven reported they had been affected by general threats of physical violence. This figure rose to one in four (23%) for women aged under 30.

Norton reported "The harassment is frequently of a sexual nature. 1 in 10 women have experienced graphic sexual harassment, rising to nearly 1 in 5 (18 percent) for women under 30. Threats of sexual violence are shockingly common experiences. One in 14 women have been threatened with sexual violence/rape, rising to 1 in 10 women under 44. In addition, one in four lesbian, bisexual and transgender women who had suffered serious harassment said their sexual orientation had been targeted."

The women from the study reported a range of emotional impacts from the harassment including:

Of the women surveyed, only 9% reported perpetrators to police, 7% sought legal advice and 1% started civil litigation against the perpetrator.

Lee Chisholm, NetSafe Training and Education Specialist, said “We receive a higher percentage of reports of personal harm from females than males. Anyone who is harassed or abused online needs positive support as well as practical expertise - which can be accessed through NetSafe.”

Documents on the survey

The Harmful Digital Communications Act enacted into law in 2015 provides options for remedies and support in dealing with online harassment and other forms of digital harm. For more information about the law, NetSafe and resources for victims, see the previous NZFVC stories:

NetSafe appointed as key agency for online harassment; information and support for victims