Research and resources to prevent and respond to digital stalking

The New Zealand Family Violence Clearinghouse has collated some research and resources for supporting people experiencing stalking, and organisations ... 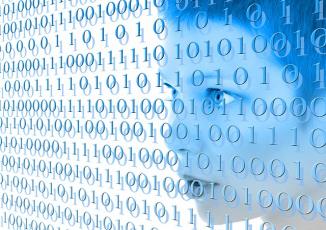 The New Zealand Family Violence Clearinghouse has collated some research and resources for supporting people experiencing stalking, and organisations working to address domestic violence and stalking.

Stalking generally involves a pattern of harassing or threatening behaviour intended to cause fear. Much stalking now includes a technological aspect, such as a mobile phone, social network or geolocation tracking, classified as 'digital assisted stalking'. Stalking conducted solely online is classified as 'cyberstalking'.

The Justice and Electoral Committee reported back to Parliament on the Harmful Digital Communications Bill in May 2014. The second reading is yet to be held.

In the UK, Women's Aid and the Network for Surviving Stalking launched a practical guide for victims of Stalking. Digital stalking: a guide to technology risks for victims, authored by Jennifer Perry, provides practical advice on how to reduce the risk of being stalked online. The guide reviews the most commonly used technologies and their risks, including stalking warning signs, key actions to reduce cyberstalking risks, evidence gathering, security tools, and social networking safety tips. The guide helps victims and professionals understand how the technology works and can be used for training in organisations addressing stalking and domestic violence.

The National Society for the Prevention of Cruelty to Children (NSPCC) has launched Share Aware to help children stay safe on social networks. The campaign provides parents "straightforward, no-nonsense advice that will help them to untangle the web and feel confident talking to their children about online safety." The website provides a guide to the social networks kids use, a parents' guide for tips on being share aware, and tips on starting the conversation with kids about staying safe online. In addition, the book It's Complicated: the social lives of networked teens, authored by Danah Boyd uncovers some of the major myths regarding teens’ use of social media by exploring issues of identity, privacy, safety, danger, and bullying.

January is Stalking Awareness Month in the United States. To help raise awareness, the Stalking Resource Center has published resources, including a fact sheet, reports and resources for practitioners and communities, and an online course on the use of technology to stalk. The National Criminal Justice Reference Service (NCJRS) has also published a special feature on stalking, providing publications and resources on enforcement, victims and funding programmes.

The National Network to End Domestic Violence (NNEDV) has highlighted some of the ways stalking and domestic violence intersect with domestic violence work. NNEDV provides resources on technology safety for both victims and organisations working with victims, such as the Technology Safety Plan: A Guide for Survivors and Advocates, and the High-Tech Stalking Tip Sheet. NNEDV also published the outcome of a twitter chat on online safety and privacy for survivors of domestic and sexual violence in February 2014 including a recap of the conversation, further thoughts and resources. In February 2015, NNEDV published A Glimpse From the Field: How Abusers Are Misusing Technology which surveyed victim service providers on the misuse of technology by abusers.

In Australia, the project SmartSafe is one of the first studies to examine technology-facilitated stalking in the context of domestic violence. The Domestic Violence Resource Centre Victoria (DVRCV) project aimed to provide resources to assist practitioners in understanding the impact of technology-facilitated stalking and to identify how they might incorporate findings of the project into practice. The project has published a booklet on project findings and recommendations, how-to-videos on smartphone safety, easy legal guides on technology facilitated stalking and links to useful apps and support services. View the webinar on the SmartSafe research presented by Dr Delanie Woodlock.

Women’s Legal Services NSW, the Domestic Violence Resource Centre Victoria, and WESNET are currently carrying out a survey about workers’ perspectives on  technology-facilitated abuse (open to workers in Australia only). It aims to collect evidence about how technology is being used  by perpetrators of domestic violence as a tool of abuse. The findings will be used to help shape policies and practices to keep women safe.

Woodlock, Delanie. (2015).The abuse of technology in domestic violence and stalkingViolence Against Women, forthcoming

Marganski, A & Melander, L. (2015). Intimate partner violence victimization in the cyber and real world: examining the extent of cyber aggression experiences and its association with in-person dating violence, Journal of Interpersonal Violence

Zweig, Janine M; Dank, Meredith; Yahner, Jennifer; Lachman, Pamela. (2013). The rate of cyber dating abuse among teens and how it relates to other forms of teen dating violence, Journal of Youth and Adolescence, published online 15 February 2013

NNEDV Applauds Twitter for Taking a Stand Against Abuse, NNEDV, 11.03.2015