Submissions are open on the bill to reform abortion law. This includes changes to the Crimes Act 1961 and the Contraception, Sterilisation, ... 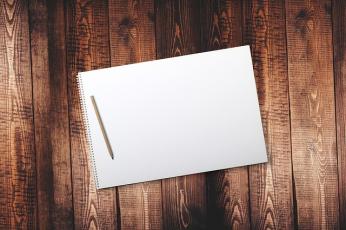 Submissions are open on the bill to reform abortion law. This includes changes to the Crimes Act 1961 and the Contraception, Sterilisation, and Abortion Act 1977.

The deadline to make a submission is 19 September 2019.

The omnibus Abortion Legislation Bill would decriminalise abortion, better align the regulation of abortion services with other health services, and modernise the legal framework for abortion.

“Abortion is the only medical procedure that is still a crime in New Zealand. It’s time for this to change. This Bill will modernise the laws on abortion, by removing it from the Crimes Act and bringing the law into line with many other developed countries. Safe abortion should be treated and regulated as a health issue; a woman has the right to choose what happens to her body."

The transcript of the bill's First Reading in Parliament is available on Hansard.

Prime Minister Jacinda Ardern spoke about her commitment to removing abortion from the Crimes Act and the bill's provision to require health practitioner authorisation after 20 weeks.

Jackie Edmond, Chief Executive of NZ Family Planning noted "The proposed approach isn’t what the broader health community, including Family Planning, recommended and is really a missed opportunity to put all women front and centre of the process." Family Planning and others supported the Law Commission's Model A, which had no statutory test for abortions. However Jackie Edmond said "It is positive that the government is moving forward with reforming our abortion laws and offering a framework that is an improvement to the laws we currently have."

The Abortion Law Reform Association of New Zealand (ALRANZ) has provided an analysis of the bill.

Update: United Nations experts have released a joint statement calling all states to ensure access to safe and legal abortion as an essential reproductive healthcare service for women and girls and stating it is critical to ensure their fundamental right to autonomy, equality and to physical and mental health.

There are multiple links between intimate partner violence, sexual violence and reproductive health and justice.

Reproductive coercion is a form of intimate partner violence. It includes behaviours that interfere with or control people's choices about accessing contraception, reproductive health and pregnancy (e.g. trying to get a person pregnant, or control a person's decision-making around a pregnancy).

Intimate partner violence and women's reproductive health (Fanslow, 2017).
This review article notes women's experience of violence and sexual and reproductive coercion impacts on pregnancy intendedness. It also notes women who have experienced IPV are more likely to terminate a pregnancy, with one study reporting a 2.5 times increased likelihood of termination of pregnancy.

For further information search the NZFVC library under reproductive coercion.

Here’s why there should be no gestational limits for abortion, The Conversation, 12.08.2019

Here’s why there should be no gestational limits for abortion

No test for abortion up to 20 weeks