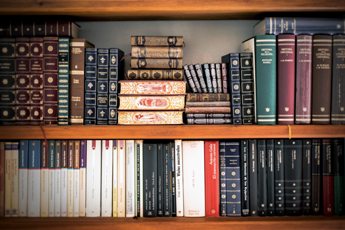 Earlier this year, Justice Minister Andrew Little asked the Law Commission to provide advice on abortion law reform considering abortion as a health issue instead of a criminal issue. The Law Commission consulted with the health sector and received more than 3400 submissions from the public consultation process.

The report, Alternative approaches to abortion law: Ministerial briefing paper (October 2018), outlines three alternative legal models. It also outlines possible changes to criminal aspects of abortion law, access to abortion and related issues, including some recommendations that are not legislative. All models would remove abortion from the Crimes Act 1961 and remove the requirement for abortions to be approved by two certifying consultants (doctors).

Responses to the proposed reforms

Family Planning NZ and the National Council of Women support 'model A' under which:

The Gender Attitudes Survey (National Council of Women of New Zealand, 2018) found that 66% of New Zealanders agree that a woman should have the right to choose whether or not she has an abortion. National Council of Women Chief Executive and Gender Equal NZ spokesperson Gill Greer said "It’s also important to acknowledge that trans and gender diverse people can also become pregnant and need access to abortion or other reproductive health services. We support increased access to these health services for all people."

University of Auckland Associate Professor Liz Beddoe has written about the reforms explaining the proposed models and other issues that need to be addressed, as well as why the law needs to change.

The National Collective of Independent Women’s Refuges recently published findings from a study of reproductive coercion in Aotearoa New Zealand. Reproductive coercion is a form of intimate partner violence (IPV) that includes controlling access and tampering with contraceptives, pregnancy coercion, attempting to cause miscarriage, and intentional exposure to sexually transmitted infections. The study also looked at partner behaviours related to pregnancy, abortion and miscarriage; monitoring of sexuality as a form of control; and women's experiences of seeking help.

"In multiple accounts from participants, their partners cited pregnancy as a method for entrapping them in the relationship, thereby explicitly exploiting their sexual and reproductive experiences and vulnerability for the purpose of controlling them to the extent that they cannot leave the relationship."

Many participants reported partners' efforts to control the outcomes of their pregnancy including a partner preventing accessing to abortion (34.8%), a partner trying to coerce them into terminating a pregnancy (27%), and a partner deliberately trying to cause a miscarriage (31.7%).

Many participants reported other forms of IPV including sexual, physical, psychological, economic and spiritual violence and abuse.

Less than 30% of participants had a professional ask about IPV when they seeking pregnancy or contraceptive support. Just over 4% were specifically asked about reproductive control or coercion. Participants provided suggestions for professionals to screen for and respond to disclosures of reproductive coercion including:

“One of the themes of this research was that when these individuals did reach out for profession help, it often resulted with the victim not receiving the care they required or they themselves questioning whether it was abuse.”

“This report is a must-read for everyone who works in health and for the government – so we can all look at our processes and practices to see what more we can do for women impacted in this way. I want it to be read too by parents and teachers so that it informs the relationships and sexuality education our young people are getting. We need to be working on this issue on all fronts - through prevention, intervention and protection."

For more research and information on violence against women and reproductive health and justice, see our previous story on the Law Commission consulting on abortion law reform.

Marie Stopes Australia has published the white paper, Hidden Forces: Shining a light on Reproductive Coercion (2018). It summarises findings following a public consultation process that included a roundtable of 50 stakeholders, two phases of public submissions, comment on a draft White Paper and consultation with academics, healthcare professionals and psychosocial specialists.