The Employment Relations Amendment Bill has been referred to the Education and Workforce Select Committee. Submissions are now being accepted ... 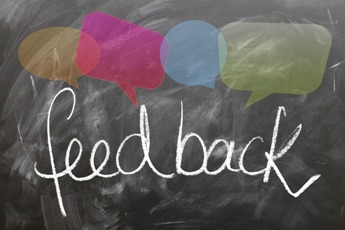 The Employment Relations Amendment Bill has been referred to the Education and Workforce Select Committee. Submissions are now being accepted on the bill until 30 March 2018.

This bill would amend the Employment Relations Act 2000. The focus of the bill is to increase minimum standards and protections for employees, and to promote and strengthen collective bargaining and union rights in the workplace.

"The bill would make changes to provisions concerning:

Regulatory Impact Statements and Cabinet papers with background information are available from the Treasury website.

Update: The Education and Workforce Committee has reported back on the Employment Relations Amendment Bill with a recommendation that it be passed with amendments.

Submissions are being accepted on the Families Commission Act Repeal Bill until 16 March 2018.

Submissions are being accepted on the Child Poverty Reduction Bill until 4 April 2018.

Minister for Workplace Relations and Safety, Iain Lees-Galloway, and the Minister for Women, Julie Anne Genter have announced they are reconvening the Joint Working Group on Pay Equity Principles. Minister Lees-Galloway and Genter announced in November that the previous government’s Employment (Pay Equity and Equal Pay) legislation would not be progressed. This legislation was introduced after the government signed the care and support workers’ $2 billion pay equity settlement. Minister of Health Dr David Clark has recently announced that the Government has agreed to negotiate extending the pay equity settlement to mental health and addiction support workers.

The reconvened Joint Working Group on Pay Equity Principles has published their recommendations "...clarifying and simplifying the process for initiating a pay equity claim, making no changes to the principles on comparators, and amending the Equal Pay Act 1972 to implement the principles."

A separate bill, the Employment (Pay Equity and Equal Pay) Bill is a Private Members’ Bill by National Party Maungakiekie MP Denise Lee. It would re-introduce the previous Government’s legislation. The bill was drawn from the ballot and introduced on 22 February 2018. The bill did not pass its first reading.