In April 2017, Health Minister Jonathan Coleman announced a $2 billion pay equity settlement. The settlement will benefit 55,000 workers in the ... 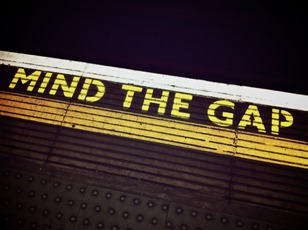 E tū (formerly the Service and Food Workers Union) lodged a claim under the Equal Pay Act 1972 on behalf of Kristine Bartlett against her employer rest home TerraNova Ltd in 2012. They argued that specific industries where employees are predominantly women are as a whole underpaid. The case went to the Court of Appeal which confirmed that the pay equity case could be heard under the Equal Pay Act 1972. The Government then decided to work with unions on a settlement as an alternative to a court case. The settlement was signed on 2 May 2017.

The Government's Question and Answer document states "This settlement addresses historic issues of systemic gender discrimination and by its nature involves a change in wage relativities." For more information see:

Shortly after the announcement of the settlement, the Government announced the Draft Employment (Pay Equity and Equal Pay) Bill.

“Significant parts of the Exposure Draft need to be fundamentally reworked. The Bill sets out a limiting mechanism for choosing and agreeing comparators for claimants which is at odds with the existing Equal Pay Act, the recent Court of Appeal Judgement and is impractical, ultimately impeding women making claims for equal pay ... The recent Care and Support negotiations would not have proceeded successfully in the same manner if this exposure draft had been used."

"It is very disappointing that just two days after the jubilant celebrations by care and support workers, the government has released proposals to slam the door on future claimants."

Radio NZ reported that Workplace Relations and Safety Minister Michael Woodhouse said "The question is when a comparator is used, what should that comparator be and how approximate it should be to the industry that is negotiating it. This is a point that the joint working group that the government set up could not reach a consensus on, and obviously we are trying to find a pathway through that."

The Ministry of Business, Innovation and Employment (MBIE) is accepting written submissions on the Draft Employment (Pay Equity and Equal Pay) Bill until 11 May 2017.

Pay equity and violence against women

Australia's Change the story: A shared framework for the primary prevention of violence against women and their children in Australia (Our Watch, VicHealth and ANROWS, 2015, pp.8-9) identifies socio-economic inequality and discrimination as factors which can increase the severity and frequency of violence against women, within in the context of gendered drivers. It calls for the promotion of broader social equality and addressing of structural discrimination and disadvantage.

Article 11 of the United Nations Convention on the Elimination of All Forms of Discrimination against Women (CEDAW) states "Parties shall take all appropriate measures to eliminate discrimination against women in the field of employment in order to ensure, on a basis of equality of men and women, the same rights." It specifically outlines under Article 11(d):

"The right to equal remuneration, including benefits, and to equal treatment in respect of work of equal value, as well as equality of treatment in the evaluation of the quality of work"

The most recent concluding observations of the UN Committee which monitors New Zealand's compliance with CEDAW included the following recommendations:

"32. The Committee recommends that the State party:

(a) Enact appropriate legislation that guarantees the operationalization and implementation of the principle of “equal pay for work of equal value”, in line with article 11 (d) of the Convention;

(b) Effectively enforce the principle of equal pay for work of equal value, through establishing specific measures and indicators, identifying time frames to redress pay inequality in different sectors and reviewing the accountabilities of public service chief executives for pay policies"